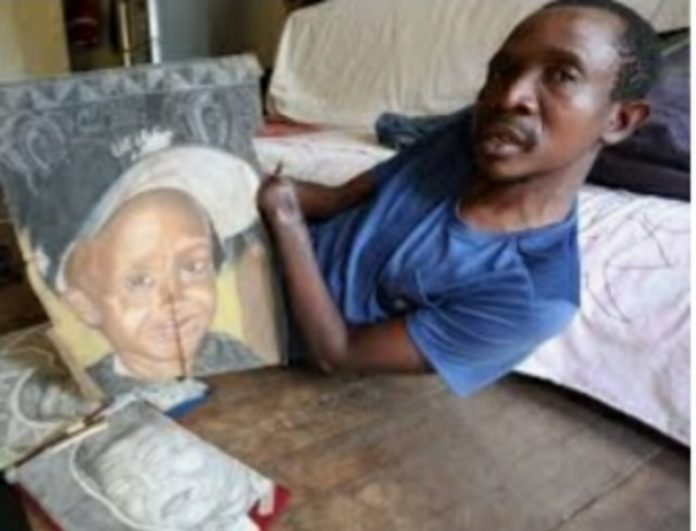 Zithulele Dlamini is known around Durban’s busy places, especially beaches, for creating and selling his artwork.

But Zithulele is no ordinary artist. Even though his hands were amputated due to a childhood illness, he holds his brushes with his stumps and uses his mouth to move objects around.

He’s been selling his artwork at Durban’s public spaces for years, and is now very happy that the government has eased level 3 Covid-19 lockdown regulations.

“I’m happy that President Cyril Ramaphosa relaxed the regulations. This means I can go back to the spots where I work around Durban,” he said.

He says he mastered the art of using his stumps when his hands were amputated at a very young age due to illness.

“I had no choice. I had to learn because I didn’t want people to pity me,” said the 46-year-old artist from Ingwavuma, in northern KwaZulu-Natal. He moved to Durban in 1998.

“It was tough in the beginning. People didn’t recognise me when I presented my artwork because they did not believe that I created them.”

He decided to draw his pieces in front of people so they could see that he drew them himself.

“More and more people started to respect me because they now saw that I drew the pieces myself.”

The artwork that would forever be linked in his memory is that of former president Nelson Mandela – which he sold for R5,000 at an auction.

“The piece was very close to my heart because it felt like I knew ubab’ Mandela on a personal level for his role in the struggle.”