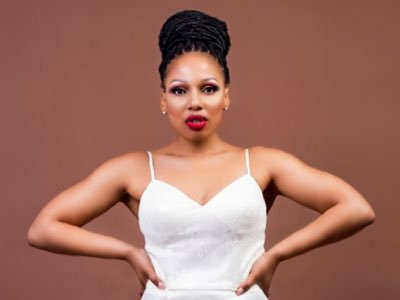 Actress Phindile Gwala has been accused of attacking a woman she believed was taking pictures and videos of her.

The woman in question, Nompilo Mkhize, posted the story onto her Facebook page: “Last night I went to Cubana in Pietermaritzburg, walked out when they were about to close and I was doing the whole night I started taking videos outside while I was waiting for a friend, I was about to stop the video and request a ride home when Phindile Gwala walked out, she came at me with her friend shouting ‘nangu omunye’ assuming I was taking pictures and videos of her.”

Mkhize went on to say the 35-year-old actress grabbed her phone and went on to look through her gallery and before she knew it, Gwala allegedly smashed her phone into the ground leaving her without her schoolwork and important documents that she used to apply for jobs.

To add insult to injury, Gwala allegedly scratched Mkhize in the face before she got in a car and drove off.

Twitter was up in arms about the situation and the popular page, @AdvoBarryRoux tweeted: “Who told Phindile Gwala that she’s a celebrity? She can’t even act. Bengizomgwaza anye mina. Where I come from celebrities are normal people like us. They do kaak, we moer them. #PhindileGwala.”

Phindile didn’t answer her phone when Scrolla.Africa called her and didn’t respond to our texts.