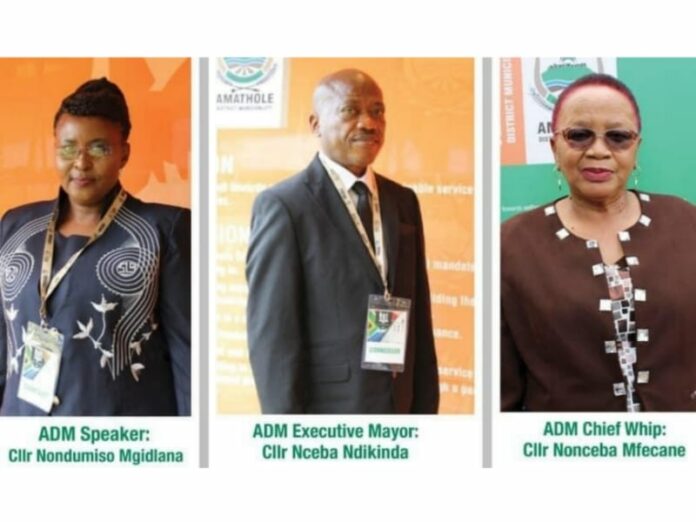 Three top officials of the Amathole District Municipality have been shown the door by the ANC after a councillor was filmed being assaulted in her office in January.

“The Provincial Executive Committee (PEC) of the African National Congress in the Eastern Cape has resolved to recall the Executive Mayor, Speaker and Chief Whip of Amathole District Municipality with immediate effect,” read a statement by the ANC.

“The decision has been taken after due considerations and assessment by the ANC PEC on the challenges faced by the District Municipality. All affected parties have been informed.”

Their dismissals come amid the ongoing scandal surrounding the assault of ANC councillor Nanziwe Rulashe in January.

A video emerged of a group of armed men dragging Rulashe out of her office while she kicked and screamed in terror.

The five security guards were later arrested and released on R5,000 bail.

In March Rulashe’s lawyers filed a R20 million lawsuit against Mayor Ndikinda and the Amathole District Municipality for the “humiliation” and “assault” that she suffered.

Rulashe also accused Ndikinda and the rest of the district’s executive council of colluding with the municipal manager against her.