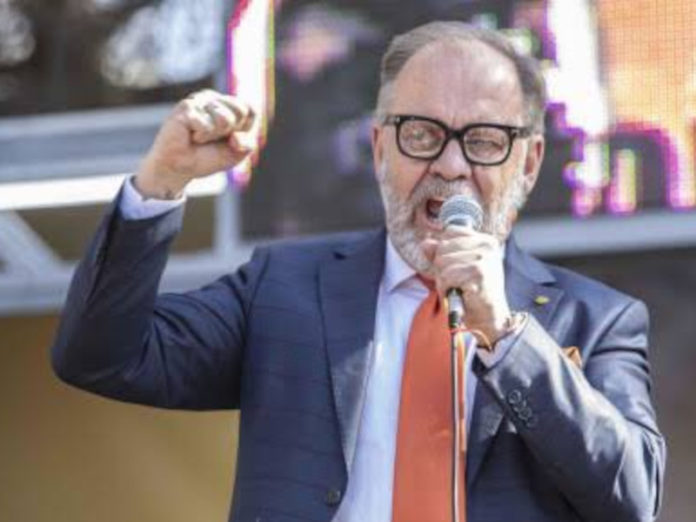 Carl Niehaus, a long-term supporter of Jacob Zuma, has been suspended with immediate effect from the ANC.

The disbanded Umkhonto we Sizwe Military Veterans Association (MKMVA) spokesperson was suspended in a letter signed by the party’s acting secretary general, Jessie Duarte, on Wednesday.

The motion for his membership suspension was tabled and adopted at the special NEC meeting on Tuesday.

Niehaus’s suspension followed comments that he made outside Zuma’s house in Nkandla on Sunday, in which he said there will be unrest across the country should the former president be arrested.

Niehaus also said that MKMVA would form a human shield around Zuma to prevent him from being arrested, if necessary.

Zuma was sentenced to 15 months in jail by the Constitutional Court for failing to appear for his court summons to testify in the state capture commission inquiry.

In a letter written by the ANC, which has been seen by Scrolla.Africa, the party stated: “The National Executive Committee has noted with concern your inflammatory speeches made outside the home of former president Jacob Zuma at Nkandla over the weekend of 2-4 July on live television and has come to the conclusion that such utterances brought the ANC into disrepute.

“Moreover, you were clad in a T-shirt bearing the ANC logo when you appeared on television.”

Niehaus is not a stranger to controversy. In January this year, he was threatened with suspension by Luthuli House after he attacked Duarte in a social media post.

In November 2019, he was forcibly removed by police from the Zondo Commission for dressing in a fake military uniform and attempting to gain access to the building to show his support for Zuma.

Niehaus has told Scrolla.Africa that he will challenge his suspension.

“I’m busy drafting a letter to the National Executive Committee as we speak,” he said.