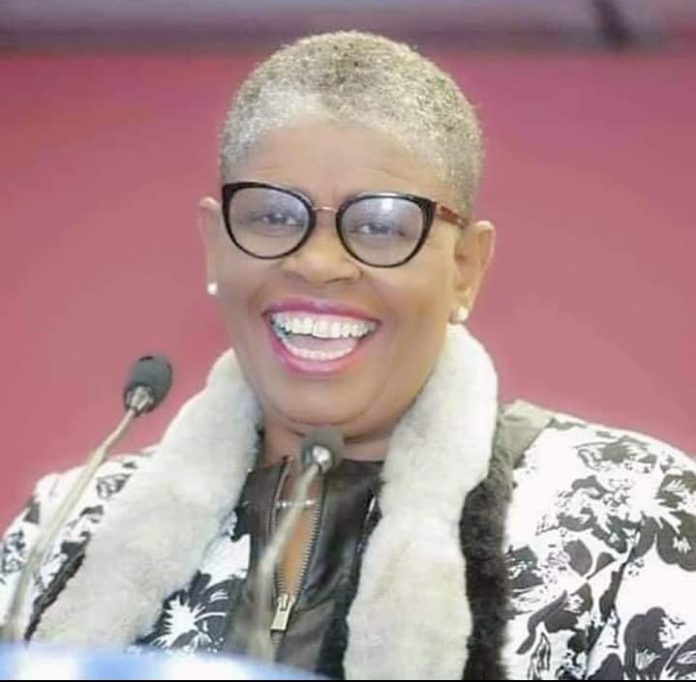 Its integrity committee has cleared Zandile Gumede of corruption – without any pronouncements from the courts.

“God is on my side and protecting me from my enemies,” Gumede said.

The ruling feeds criticism that the findings of the party’s integrity committee are inconsistent.

Here is a former mayor of a multi-billion metro, charged with corruption in the R430 million Durban Solid Waste tender in an ongoing case.

And yet cleared by the party.

On the same day the ANC’s national Integrity Committee, sitting in a different city, resolved that Magashule should step aside or be suspended.

The former premier of Free State is facing 21 counts of fraud and corruption stemming from the R220 million asbestos tender saga.

Meanwhile, Gumede can now return to the KZN Provincial Legislature and to her ANC activities.

Gumede was deployed as Member of the Provincial Legislature (MPL) in August, but the ANC then asked her to step aside because of the charges.

She last appeared at the Durban Commercial Crimes Court last week and the matter was postponed to 23 March 2021.

Gumede and her backers in the party say the charges were a ploy, but opposition politicians think otherwise.

IFP President and leader of the official opposition in the legislature, Velenkosini Hlabisa, said “It shows that the ANC has never been serious about fighting corruption. They deploy people who are facing serious allegations of corruption.”

If found guilty, her political ambitions, including returning as chairperson of the eThekwini region, would be over. But if she was cleared, Gumede may once again become mayor, a position from which she was abruptly removed last year by her party.

Gumede and her supporters are planning to push her forward for higher office at the ANC’s National General Council meeting next year.

Despite being an MPL, Gumede is allowed to contest party positions at a regional level as she doesn’t belong to any senior structure such as the Provincial Executive Committee.