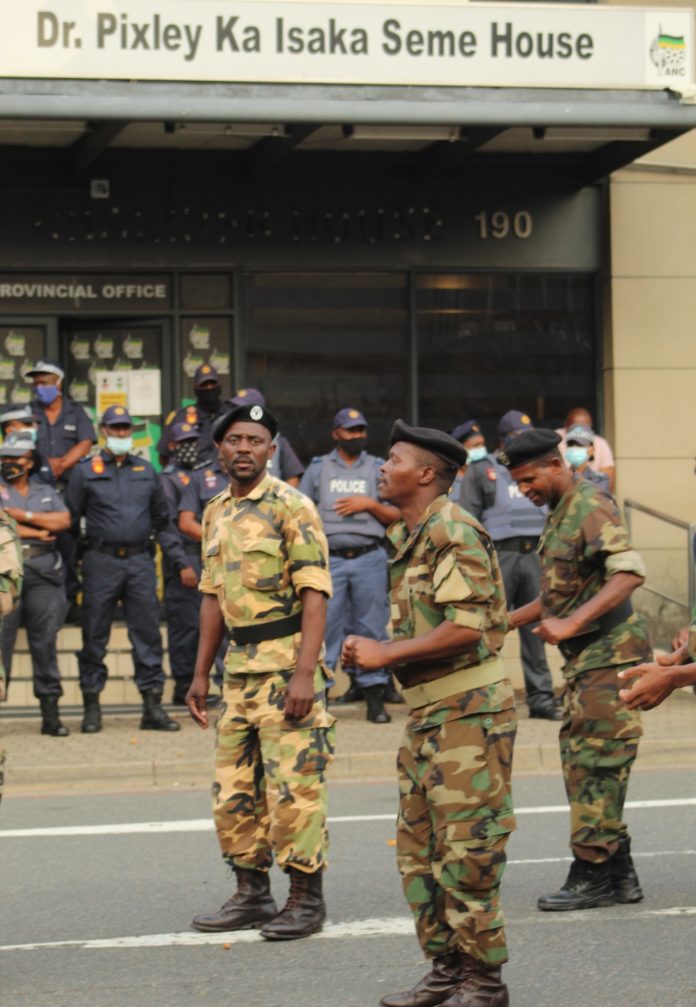 Political parties and residents in KwaZulu-Natal have rejected the ANC-aligned uMkhonto weSizwe Military Veteran’s call for foreigners to be ejected from South Africa.

The ANC has distanced itself from the march that was held by MK veterans on Monday.

The march to the Durban City Hall, where the mayor and city council are housed, called for foreign nationals to leave.

ANC provincial spokesperson Nhlakanipho Ntombela told Scrolla.Africa the ANC does not support the calls for foreigners to leave.

“As the ANC, we do not support the idea that foreigners must go. These are our brothers and sisters.”

But he said the party wanted all foreigners to be documented.

“Crime is rife in South Africa, so it will be good that everybody who is in the country is documented,” said Ntombela.

The IFP’s eThekwini chairperson Bonga Msomi condemned the call for foreigners to be dispatched from South Africa.

“As much as we are of the view that our government should prioritise South African citizens, especially when it comes to employment, housing and other development issues, we cannot be associated with MKMVA and ANC vendettas,” said Msomi.

Msomi said it was “ironic” that MK veterans were chasing away foreigners who housed them during the struggle against apartheid.

“They themselves were refugees and foreigners while they were in exile. But now they show themselves to be hypocrites by chasing away other foreign nationals,” said Msomi.

A Zambian foreign national trading in Umlazi, Danny Phiri, said, “Let’s all work together without being violent. We are brothers and sisters.”

Phiri has been living in South Africa for the past 15 years.

Zibuse Cele, MK veterans’ convener in eThekwini said foreigners were more privileged than their South African counterparts. “We want to have a share of our country’s economy. We fought against the apartheid system but now we are being sidelined. This is not fair.”