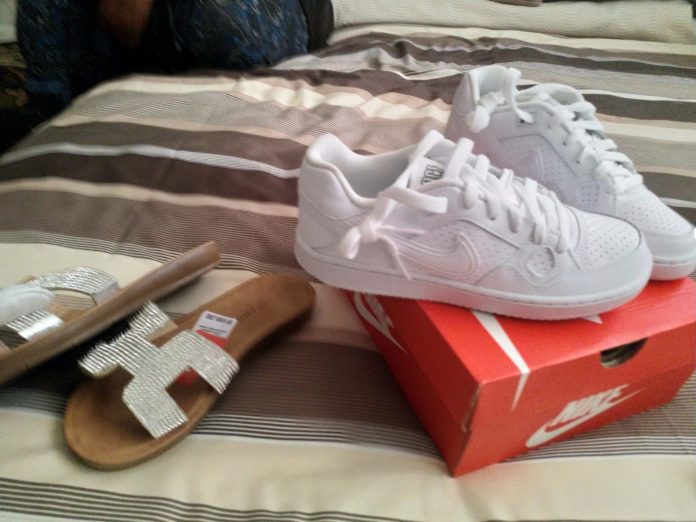 Jabulile Nkosi was due to turn 19 years old this Friday, September 11.

But a week before her big day, the Grade 12 pupil from East Bank High School was found murdered with three bullet wounds on her body.

Her mom who bought her brand new Nike takkies for her birthday has been left devastated.

Speaking to Scrolla.Africa from her house in Alexandra, Jabulile’s mother Phumelelo Nkosi said when Jabulile didn’t come home from her uncle on Sunday morning, she got worried.

“My daughter left home on Saturday night going to her uncle on the other side of Alex.

“I wanted her to return early on Sunday because she was supposed to come with me to the shops to buy the Nike takkies she has been asking me for.”

She said she went to the shops without her.

But she wasn’t home when I got back from the shop.”

After she came back, Jabulile’s nine-year-old brother, who had been playing at the park with his friends, brought home his sister’s handbag.

“I was shocked to see my daughter’s handbag returning with my little son. He told me that he recognized the bag belonging to his sister and decided to bring it home,” said Phumelelo.

Phumelelo and her brother went to the police station, where police had found a murdered young girl.

“Police described the person they found dead and it matched my daughter,” she said.

They identified the body at the Hillbrow government mortuary.

Phumelelo said neighbours near where Jabulile’s body was found told the police that they heard a fight, screaming, and gunshots.

The police, Taxi Associations, community members, Alex FM, and a volunteer group called 30 Strong Voices of Alex are hunting for a local taxi that Jabulile was last seen getting into around 2am.

“My daughter was everything. She loved jokes and she was respectful.”

Jabulile’s death has sparked widespread condemnations and protest from the community of Alexandra seeking #JusticeForJabulile.

Jabulile is one of six people who were murdered in Alexandra last weekend. Five of the murdered people died by gunshot wounds.

Jabulile’s life will be remembered today in two memorial services.