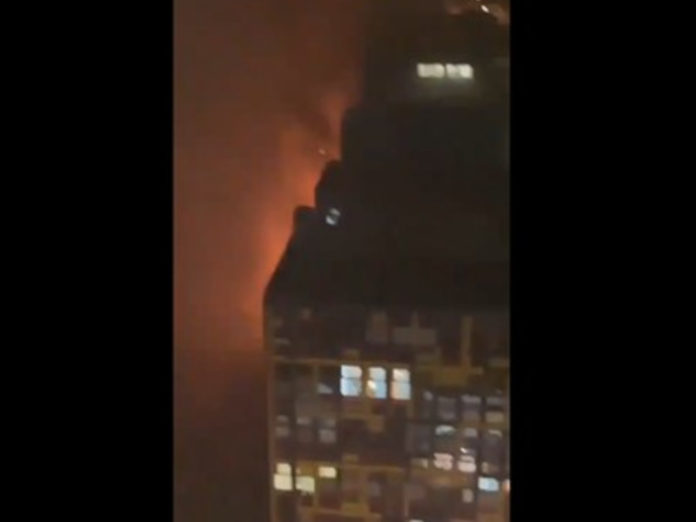 After returning from a day of cleaning the streets of Durban, students from the Mangosuthu University of Technology were left in the cold, stranded when a fire broke out at their residence halls.

Many of the students had spent the day tirelessly cleaning up the streets of Durban after they had been wrecked by looters and rioters, and by sunset they had made considerable headway.

In the evening they returned to their halls for a well-earned rest, only to find that their rooms of residence were burning down.

Some students after the evacuation were helped by their friends to find a place to sleep.

Others were fetched by relatives and parents to go back home.

Other parents were making their way to Durban from other areas to search in panic for their kids, who were no longer contactable on their cell phones.

On Thursday, some parents had to fetch their kids from the London building to stay with them at home.

Dikeledi Chokoe who is based in Durban, went to the residence to fetch his son.

“I was panicking after I saw a video of the residence where my son Mosodi is residing that was burning,” said Chokoe.

“I had to fetch him but he behaved as if the fire was not that serious. That made me more angry. You know these kids when they get to varsity they become EFF and are stubborn with fake bravery. I was really angry and I took him home because it was no longer safe for any kids to be there.”

The London building fire came a day after the City Life building on the corner of Field Street and Smith Street was set alight in an incident which shook the world after a toddler had to be thrown out of the window to save her life.

It has been widely reported that the setting alight of buildings in the city centre of Durban has been instigated by supporters of the former president Jacob Zuma, who continue to protest his imprisonment.