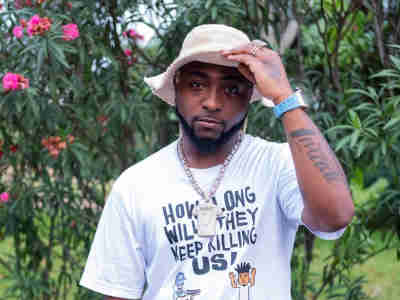 Afrobeats giant and political activist Davido has been featured on the Times100 list, which every year “highlights 100 emerging leaders who are shaping the future.”

He appears alongside such names as Marcus Rashford, a footballer who campaigned to feed millions of children, and Amanda Gorman, the inspirational poet who stole the show at President Biden’s inauguration.

Davido, the American-born Nigerian artist, made phenomenal strides forward in 2020, despite the rest of the world being brought to a standstill by coronavirus.

His celebratory anthem-filled album, A Better Time, dropped in November. It was a greater commercial success than it was a critical one, and the critics still loved it.

Yet this project still feels like a minor part of Davido’s seismic year.

His single “FEM” – translating to “shut up” in Yoruba –  became a key anthem in the protests to end police brutality in Nigeria in October.

Fellow Nigerian artist Laycon penned his entry in the list, writing “We told the government to keep quiet unless they had something sensible to add—the ethos of “FEM” was directly relatable to that moment.”

He also wrote, “Afrobeats is a worldwide phenomenon, and Davido is one of many Nigerian artists who has made that possible.”

As one of the genre’s key players, Davido’s inclusion on the list also highlights the recent leaps that Afrobeats has made on the global stage.

He, Burna Boy and Wizkid, among several others, have become household names across the planet.