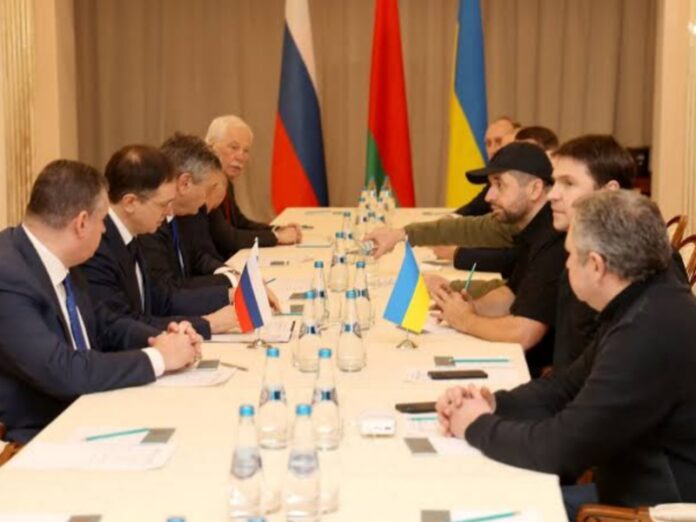 Peace could be on the horizon as Ukraine and Russia draw up a 15-point plan to end the war.

Russian foreign minister Sergei Lavrov said in a media interview on Wednesday that the countries are making significant ground towards a peace agreement.

The deal, which representatives of the two countries met on Monday to discuss, would involve Ukraine declaring neutrality.

“There are concrete formulations that in my view are close to being agreed.”

Ukraine must also greatly limit its armed forces and commit to not joining the North Atlantic Treaty Organisation, three people involved in the talks told the Financial Times.

Sources from both sides of the talks told the publication that progress had been made, but Ukrainian negotiators question whether Russian president Vladimir Putin can be trusted to commit to lasting peace.

Indeed despite talks of progress being made, Russia continues to intensify its brutal invasion of its neighbour.

And on Wednesday Putin himself restated his commitment to achieving all of Russia’s military aims in Ukraine.

Reports emerged on the same evening that Russian forces had bombed a theatre in the besieged city of Mariupol which was sheltering hundreds of civilians.

It appears that trying to escape the city is no safer option, as reports emerged that civilians fleeing the city were also the targets of Russian strikes.

The attacks, thought to be the deadliest so far since the invasion began, took place just hours after the International Court of Justice declared the invasion illegal and ordered Russia to pull out its forces from Ukraine.