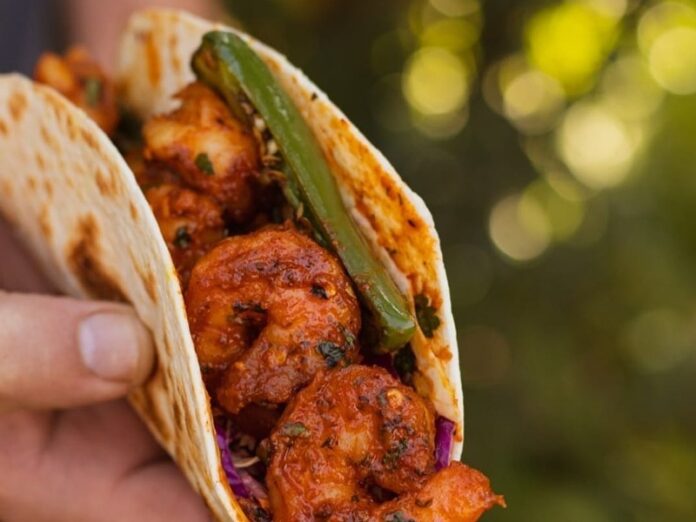 Letter from Limpopo: Thabiso Sekhula says that from goat curry to craft gin the Limpopo food scene has become an internet sensation

Over the last few years, the Limpopo food scene has blown up into an internet sensation with food events around the province popping up, weekend markets and more production of local Limpopo foods and drinks.

One space which describes itself as a place where you can make your own craft gin, bottle it and package it is The Old Packhouse. It’s an old packhouse which has been turned into a gin-tasting venue which also hosts markets and sports events.

Their gins are infused with local blueberries, dragon fruit and citrus. The distillery hosts regular events centred around food; it is here where you can eat the best Mexican prawn and beef taco you’ll likely find in South Africa – I stand by my words. Just check the picture.

And the flavours don’t stop there. In this same little corner of Limpopo which is the gateway from the centre of Limpopo to the Kruger, you can also feast on a Turkish, Middle Eastern, Ethiopian or even an Italian lunch prepared locally.

One of these amazing chefs turning Tzaneen into a food hub is Tzaneen-bred chef Laaika Moosa with out-of-this-world food skills. Laaiks as she’s affectionately known specialises in open fire cooking with a favourite of hers being a three-course meal made on an open fire.

Laaika travels the world, being hosted by chefs everywhere. She watches them cook with the best views, tastes all the flavours, learns how to make their dishes and blesses little ol’ us by bringing the flavours back home through public markets and private cooking classes.

“Limpopo brings an incredible diversity in people, culture and location. I love how versatile I’m able to be with my food and it’s always well received,” says Laaika, who wants to use her food as a platform to connect people, celebrate the province and inspire through open fire food set in the backdrop of Limpopo’s unique tourism places.

True to Limpopo’s diverse food scene, the province’s most popular food market, Minas Market, is held at the award-winning Zwakala brewery in Magoebaskloof. It’s Tito Mboweni’s favourite place on earth. You can find local flavours that are fortunately not Tito’s pilchards.

One of the province’s best kept foodie secrets is Tlhoki Sebola who is best known on Limpopo streets for her goat curry.

Everyone knows that if you want Tlhoki’s goat meat, you arrive at the market by 11am.

It is the first thing that she runs out of. She also makes skop – cow head – and lamb.

At this same market, you can find Indian curries, a whole lamb spit braai with traditional Afrikaans sauces, cheeses of the world from local farms, pizzas and even locally made ice creams. An entire food ecosystem connecting people and key tourism places.

Limpopo is reinventing every space and the food scene which is being built is definitely something to road trip for.