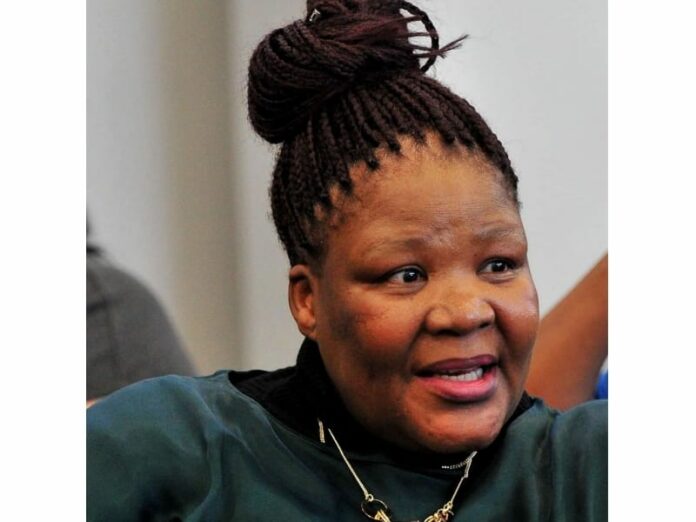 Mabel Patronella “Vytjie” Mentor hated injustice, which is why she jumped into action to fight against the brutal apartheid system in the 1980s.

Decades later in 2016, Mentor would wage a much more bruising battle, but this time against her own party, the ANC, under the leadership of then-president Jacob Zuma.

Many raised their eyebrows when Mentor, who was an MP at the time, publicly accused Zuma of being a lackey of the controversial Gupta family, which was blamed for capturing the state.

To challenge Zuma at this time was political suicide, but Mentor was ready for the battle that lay ahead.

Fed up with the litany of controversies that hovered about Zuma, Mentor took him on, a move that would end her decades-long membership of the ANC.

In 2019, she dumped the ANC in favour of the ACDP, and a year later, in 2020, she crossed the floor to Herman Mashaba’s ActionSA.

Speaking about the Guptas’ influence on Zuma in 2016, she said: “But they (Guptas) previously asked me to become minister of public enterprises when Barbara Hogan got the chop, provided that I would drop the SAA flight route to India and give it to them.”

She said Zuma was present when the offer was made, an allegation he repeatedly denied.

She also made the same statement at the state capture commission of inquiry. However, some parts of her testimony were found to be inconsistent.

Those who have had a glimpse of her Facebook profile may have not been stunned when Mentor dropped this bombshell.

“I am a non-conformist. I follow my mind, but try to remain within the bounds of the constitution of the party I have. I hate injustice,” her profile on Facebook read.

Mentor’s journey started in the small town Taung in the North West where she was born in 1963.

She matriculated at Batlhaping High School. In search of greener pastures, Mentor went to Gauteng, where she pursued higher education at the Hebron Theological College.

She later went to Wits University and UNISA.

In 2002, the ANC, then led by former president Thabo Mbeki, deployed Mentor as a member of the National Assembly.

Two years later, in 2004, she took the position of caucus chairperson and held it until 2008.

From 2009 to 2014, she served as chairperson of the Public Enterprises Portfolio Committee.

Former ANC MP Makhosi Khoza praised Mentor for standing against what she termed the “Guptarisation of the South African state”.

Mentor is survived by her 26-year-old son and her sister Martha Nkosi.