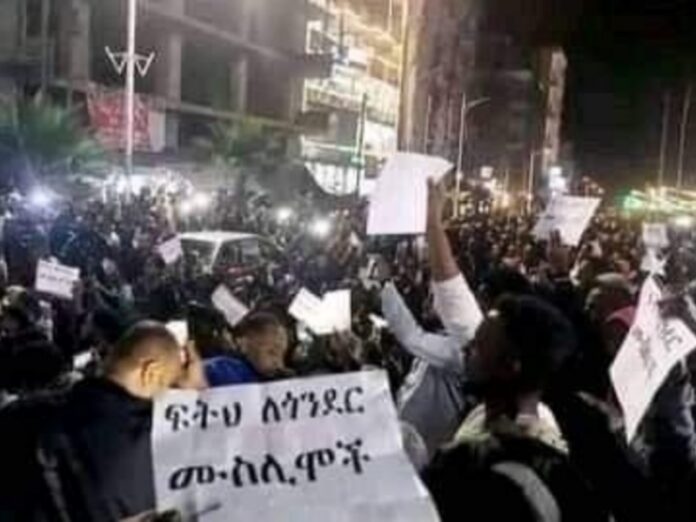 21 people were murdered in what has been described as a “planned massacre” of Muslims in the northern Ethiopian city of Gondar on Tuesday.

There have been reports of women being raped, Qur’ans being piled up and set alight and mosques being torched in an attack carried out by a group of heavily-armed Christian extremists.

The Islamic Affairs Council of Amhara, the region where Gondar is located, reported that the attackers targeted the funeral of Muslim elder Sheik Kamal Legas with “a barrage of heavy machine guns and grenades.”

The scene of the attack was a cemetery whose ownership has long been disputed by the city’s Muslims and Orthodox Christians.

In the morning after the attack, thousands of Muslims took to the streets of Ethiopia’s capital Addis Ababa, reports the Addis Standard.

Protestors rallied to demand justice for the killings and to call for the government to provide greater protection to the country’s Muslim population.

In a statement, the Islamic Affairs Council of Amhara further called for the regional government to bring an end to the violence perpetrated against Muslims.

Muslims make up roughly one third of Ethiopia’s population of 115 million, but they are a small minority in the northern Amhara region.

Gondar’s mayor Zewdu Malede said in that the attack was “carried out by a few extremist individuals” who “in no way represent the Muslim and Christian communities.”