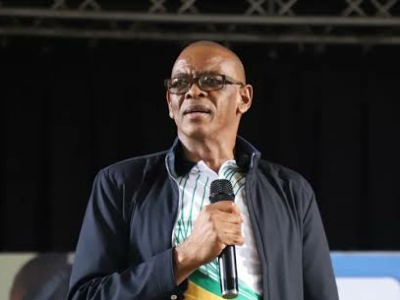 Ace Magashule continues to ride the crest of a wave of anti-Ramaphosa sentiments in the ANC and once again survived another meeting of the party’s national executive committee.

Magashule who leads the Zupta faction in the ANC has intimidated the NEC into submission.

The party’s national integrity commission has had a tell-all session with Magashule which ended with a recommendation that the party secretary be forced to step aside until his legal battles are resolved.

Magashule has been charged with fraud and corruption in a R250 million asbestos tender scandal in the Free State.

For months now the ANC has been battling to implement a resolution of its last conference which requires leaders to step aside from their positions when charged by the police.

A confident Magashule told Scrolla.Africa that he would not succumb to any pressure for him to step aside.

“I’m not going anywhere. I’m a member of the ANC in good standing and I will not be intimidated to leave the office.”

His five-year term will expire next year.

He vowed to continue fighting, describing what was happening inside the fragmented ruling party as a “political war.”

Magashule said he knew the people who were peddling the calls for him to go.

“It’s never heard in the ANC that an elected member will be told to resign through the media.”

Magashule said he would step aside if told by the branches of the ANC to do so.

He is due back at the Bloemfontein Magistrate’s Court on Friday.

He maintains his hands are clean.

Meanwhile his political ally, Jacob Zuma, is due to appear before the Zondo commission today.

Zuma has issued a statement saying he will not follow a direct instruction from the Constitutional Court ordering him to cooperate with the State Capture Commission of Inquiry.

Zuma maintains that Deputy Chief Justice Raymond Zondo, who chairs the commission, is a family friend.