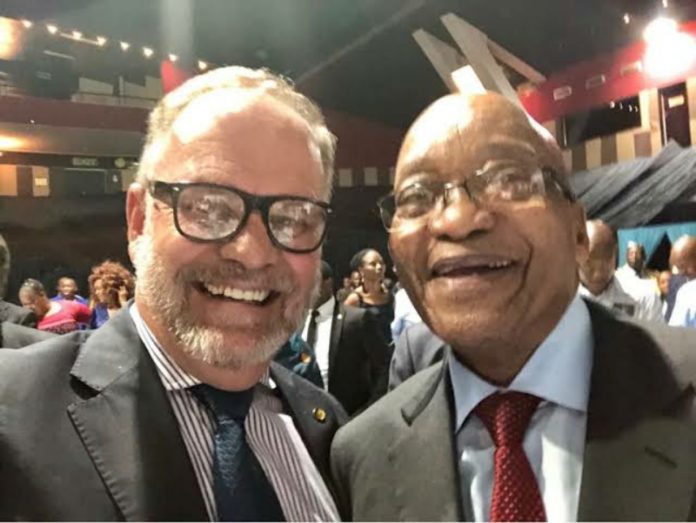 Jacob Zuma’s loyal backers are up in arms after the Constitutional Court sentenced him to 15 months in prison.

“The imprisonment of Zuma is totally unacceptable. In fact it is an utter outrage!” he vented.

He vowed that the MKMVA will resist the ruling.

“In no uncertain terms. And we will! Raised fist! 100% behind Msholozi!”

The ConCourt found Zuma guilty of contempt of court on Tuesday after he had ignored instructions to appear before the state capture commission.

While the judgement was being delivered in Joburg, a group of so-called uMkhonto weSizwe veterans were in Nkandla.

They have been staying in the town near Zuma’s homestead since reports of the possibility of his arrest first surfaced earlier this year. Many appear to be too young to have been in the struggle.

Mzwanele Manyi, the controversial spokesperson of the JG Foundation, said he was shocked by the ruling, calling it a miscarrriage of justice.

“Mr Zuma has been targeted by his enemies even after he was no longer in public office,” he told Scrolla.Africa.

He wouldn’t say if Zuma would respect the ruling.

His daughter Duduzile said on Twitter that her dad was in high spirits in Nkandla.

“Amandla! Just spoke to my father[.] @PresJGZuma Is in High Spirits and Has no fear,” she tweeted.

She said the former president was given a choice between serving his time in Johannesburg or Nkandla.

“Of course, we have chosen to be close to home. Lockdown or no lockdown we will escort you to serve your time,” she said.

The ruling comes as Zuma is preparing to appear in the Pietermaritzburg High Court on 19 July over the Arms Deal case.

This ruling would likely cause more cracks in the already fragmented ANC – as Zuma’s backers believe that his successor, President Cyril Ramaphosa, was responsible for his legal woes.