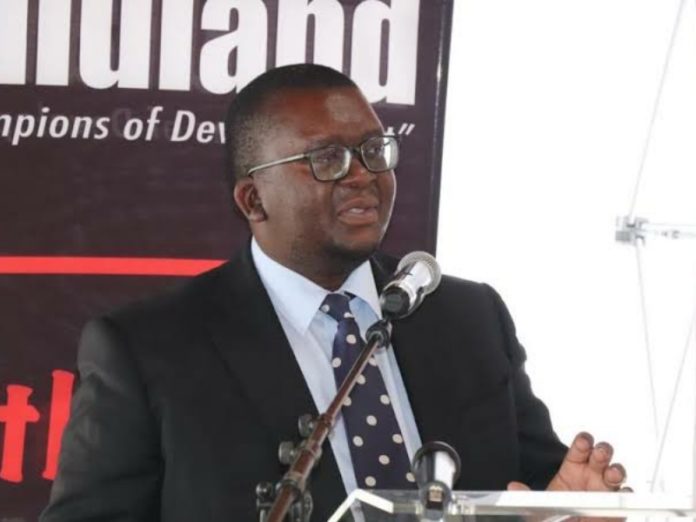 IFP Zululand district mayor Reverend Thulasizwe Buthelezi is being investigated by the police after allegedly spending R5 million on a business breakfast in Durban.

The event was held two weeks ago to attract investors to the district. But it has since provoked widespread public outrage after it was alleged that the mayor spent taxpayers’ money without approval.

Police confirmed the probe after complaints were brought by members of the ANCYL in Zululand on Wednesday. The youth league members filed a case of fraud and corruption against Buthelezi.

ANCYL activist Lindokuhle Xulu and ANC Zululand Chairperson Khaya Khumalo led the protest, which they described as a fight against IFP corruption in Zululand.

Xulu said they want the police investigation to leave no stone unturned in their endeavour to expose corruption in Zululand.

“We have opened a criminal case.and it’s now left to the police to do their job and arrest Reverand Buthelezi,” he said.

Xulu added that he believes that a portion of the funds were used illegally to fund the IFP election campaign.

“We still believe that the millions that were spent in Durban were diverted to fund IFP campaign programs. He has no shame for taking such money from the poor district and spending it on a few cups of coffee. This is disgusting,” said Xulu.

ANCYL has demanded that Buthelezi pay back the money. The mayor, however, rejects that the sum spent on the breakfast was anywhere near the R5 million figure which has been quoted in the media.

He claims that the breakfast cost less than R200,000 and generated investments worth more than R600 million.

He claims R71,000 was paid for the venue and parking which accommodated 100 people, while the catering cost came to a total of R46,200.