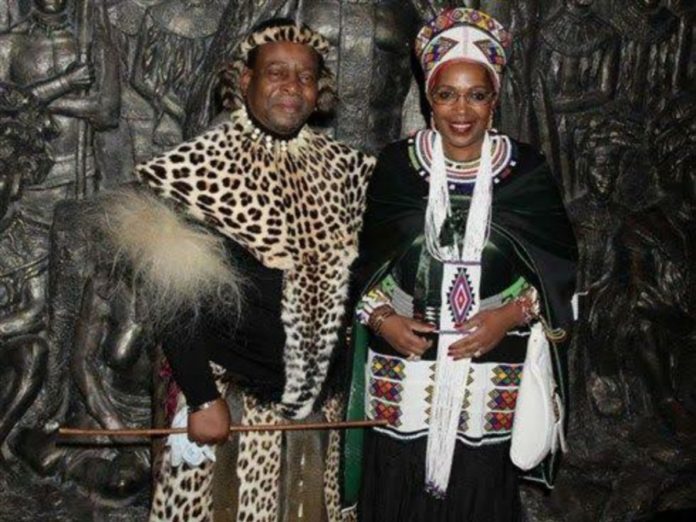 The Zulu Royal Family has confirmed the unexpected death of Queen Shiyiwe Mantfombi Dlamini Zulu, Regent of the Zulu Nation.

Queen Mantfombi is the third wife of the late Zulu Monarch King Goodwill Zwelithini kaBhekuZulu, who died on 12 March 2021.

Scrolla.Africa understands Queen Mantfombi has been unwell since 2016 and has since undergone two major operations.

When King Zwelithini was battling diabetes, his wife, who is the sister of Swati King Makhosetive Mswati III of Eswatini, was receiving care at her maiden home in the Swati Royal Home.

After her husband’s funeral, Queen Mantfombi had another operation planned, but the Royal Family has not confirmed the circumstances of the Queen’s passing.

The news was conveyed by Prince Mangosuthu Buthelezi, the Traditional Prime Minister of the Zulu Monarch and Nation.

“It is with the deepest shock and distress that the Royal family announces the unexpected passing of Her Majesty Queen Shiyiwe Mantfombi Dlamini Zulu, Regent of the Zulu Nation.

“This has taken us by surprise and left us utterly bereft. On behalf of the Royal Family, I wish to assure the nation that while we are all rightly grief-stricken, there will be no leadership vacuum in the Zulu Nation.”

The Queen passes before being able to complete her duty of selecting a future King of the Zulu Nation, a task left to her by her late husband.

This has caused ructions in the broader family with Prince Buthelezi confirming last week that some of King Zwelithini’s siblings were holding unofficial meetings without consulting the regent who had been ill.

Buthelezi himself, who is also the leader of the Buthelezi clan, was not privy to these discussions.

He said those who attended the meetings also refused to give him the meeting minutes.

Prince Buthelezi said further announcements on Her Majesty’s funeral and the necessary arrangements will be made in due course.