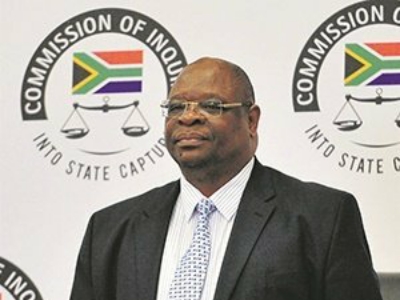 The estranged wife of former finance minister Malusi Gigaba informed the commission through her lawyer, Advocate Gcwalisile Makhathini, of her unprecedented decision.

Makhathini said the decision was triggered by the commission’s poor management of Mngoma’s testimony.

She cited alleged mishandling of the proposal for her to appear, leading her to abort her testimony.

Initially, Mngoma was expected to testify on Friday, but her testimony was moved to Tuesday.

But this did not happen either.

The date of her next appearance would be announced once the summons had been served.

Mngoma and Gigaba were once a powerful couple, but they have become enemies.

The Guptas allegedly had a say in the appointment of cabinet ministers and influenced important government decisions while Jacob Zuma was president.

Ahead of Mngoma’s testimony, Gigaba tried to silence her, pleading with the commission to allow her testimony to be heard behind the scenes.

He said he did not want his family to be affected by her testimony.

The former lovebirds married in 2014 in a glittering ceremony attended by prominent people, and have since had two children together.

Their relationship became mired in controversy last year after Norma was arrested on charges of crimen injuria and malicious damage.

This was after she allegedly damaged a Mercedes Benz G-Class belonging to Gigaba’s friend.

The National Prosecuting Authority dropped all the charges against her recently.

The two are currently proceeding with their divorce, leading to Gigaba’s wife reverting to her maiden surname, Mngoma.