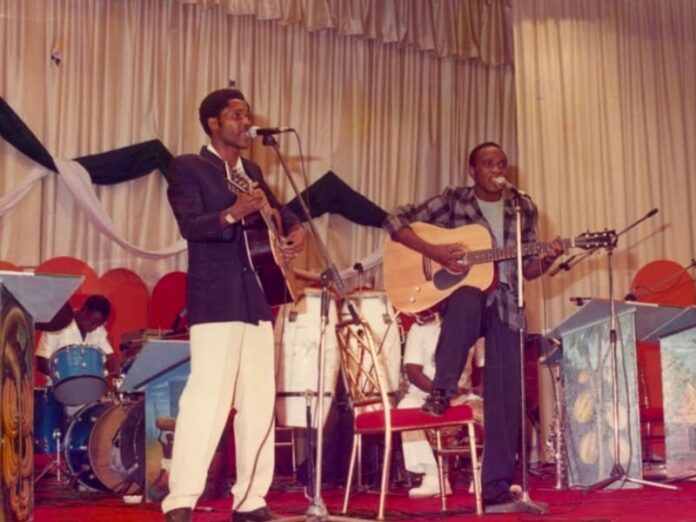 If you have spent time in rural Sub-Saharan Africa, one thing that might shock you is the popularity of American country music.

It is popular to a point where you cannot exit a bar, party or wedding without hearing it play from very loud speakers.

A perfect example would be singer Emma Ogosi’s song, titled “It’s not easy”.

Another example would be the 1985 anti-apartheid album by Ivory Coast music duo, Jess Sah Bi & Peter One, titled Our Garden Needs Its Flowers, which was re-released in 2018, reported Pitchfork.

“Country themed” weddings are especially popular in rural parts of Kenya, Tanzania, Zambia and Zimbabwe. Locals in these parts of Africa have even adopted country line dancing.

Of course the question is, why is American country music so popular with rural Africans who are many kilometres away from North America, where the genre was founded in the 1920s?

Well it’s mostly because it’s the only foreign music they can relate to. Compare contemporary Zimbabwean country music and you will see many similar themes to American country music.

Rural Africans are socially conservative farmers and ranchers. So naturally, music about cows and trucks speaks more to them than pop or hip hop, especially if it gives them an excuse to wear their cowboy hats and boots.

The popularity of American country music can even be seen in arguably the most popular music genre in Anglophone Sub-Saharan Africa, Christian worship music, with the integration of country-style melodies.

Nigeria’s famous minister and singer Enni Francis has done this kind of gospel music with his single “Kabiesi”.

And to the converse, Africans have added in their own styles and instruments to covers of American country music.

“Kagoti Ka Marangi” (Coat of Many Colours) by Ythera Cowgirl, which is a sample from Dolly Parton’s 2003 song titled “Coat of Many Colors” from her Ultimate Dolly Parton compilation album, is an example of such covers, which have also been translated into various African languages.

So if you ever find yourself in rural Africa don’t be surprised by how popular Johnny Cash and Hank Williams are!