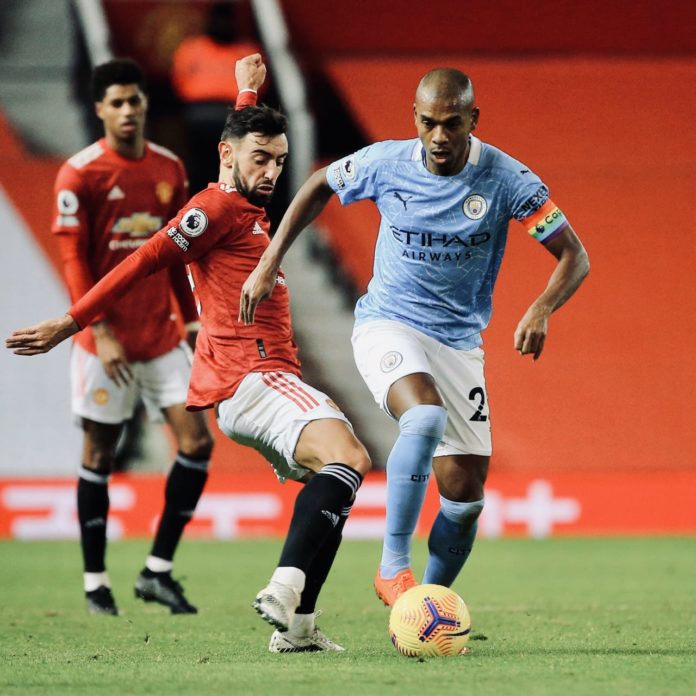 It was a dull weekend for the English Premier League top six who all had a weekend they would want to forget as quickly as possible.

It’s rare that not one of the big teams collected maximum points in their EPL matches.

Saturday action started in Goodison Park where Everton hosted Chelsea. The home side got the better of high flying visitors beating them 1-0.

With all the talks and expectations building up to the Manchester derby where Man United played host to their City nemesis Man City – but at the end of the day it was a dull goalless draw.

Both coaches, Ole Gunnar Solskjaer for United and Pep Guardiola for City, reported on their websites that the absence of spectators resulted in a dull match.

“On the pitch the intensity was there,” said Solskjaer.

“Without the fans and the passion they bring the atmosphere wasn’t there. There were a few tackles but not as many as you’d expect.”

Guardiola said: “It looks like a lack of intensity without spectators but I could see how incredibly the players ran.”

On Sunday log leaders Tottenham Hotspur got held to a 1-1 draw by Crystal Palace.

Defending champions Liverpool missed their chance to go on top of the table. They went to their game at Fulham knowing that a win would take them to the top after the Spurs draw. But they fumbled their chance when they had to come from a goal down to draw 1-1 with the home team.

Arsenal were the last to play on Sunday and they also failed to win. Gunners suffered their third consecutive defeat at the hands of Burnley.

They lost 1-0 at home putting more pressure on their coach Mikel Arteta.

Here are all the weekend’s EPL results: