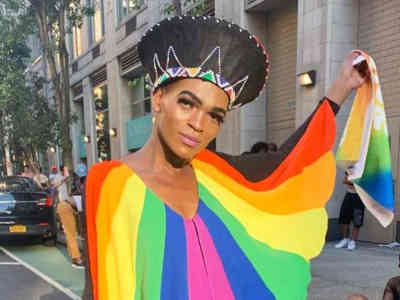 Yaya Mavundla intends to use her upcoming Mzansi Magic reality TV show to educate the public about transgender people’s struggles.

In an exclusive interview, the award-winning transgender activist told Scrolla.Africa the 13-part reality show will delve into the psyche of being a transgender person.

Becoming will follow the lives of four trans people – Gina Sokoyi, Ramazan Ngobese, Gugu Kumalo and Yaya herself, as they face many obstacles and find ways to overcome them.

“I hope the show can teach society about the challenges and injustices that transgender people go through at institutions like Home Affairs, police stations and health care services,” said Yaya.

“There are also dozens of myths about transgender people that I hope Becoming will confront and expose. Those issues include how transgender people are not allowed to go to work dressed as they really prefer to look,’’ said Yaya.

According to Nomsa Philiso of Local Entertainment Channels at M-Net, Mzansi Magic viewers will get a first-person account of the journey that transgender South Africans have to go through as they transition to the gender they identify with.

When the first episode premieres on 7 April, emotions will run high for members of the cast and crew as they pay tribute to Gina Sokoyi, one of the four central focuses of the show, who sadly passed on late last year while the show was being shot.