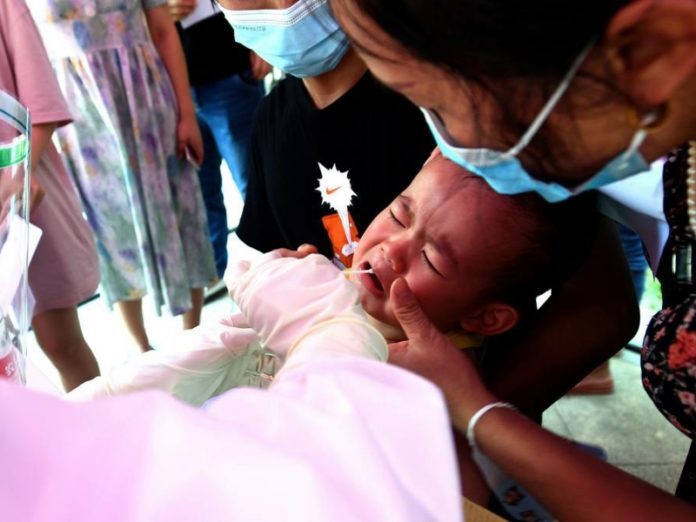 Officials in Wuhan have announced that they will carry out tests on the city’s entire population of 11 million people following an outbreak of Covid-19.

For the first time in over a year, local infections have been identified in the Chinese city, which was the starting point of the global coronavirus pandemic.

Authorities are “swiftly launching comprehensive nucleic acid testing of all residents,” official Li Tao said at a press conference on Tuesday, after cases were discovered among a group of migrant workers.

In response to the dramatic news, supermarkets across the city were packed with shoppers stocking up in fear of another lockdown. Shelves were emptied within hours as shoppers braced themselves for isolation.

China is currently in the midst of one of its biggest outbreaks in recent months, as it battles against the infectious Delta variant. Over 300 cases have been detected in the past 10 days.

To combat the spread, the country has imposed new lockdown measures.

The city of Beijing has severed transport links and residents have been told to stay indoors.

Meanwhile, the city of Zhangjiajie, in central China’s Hunan province, announced on Tuesday that no one would be allowed to exit the city. All visitors have been advised to leave.