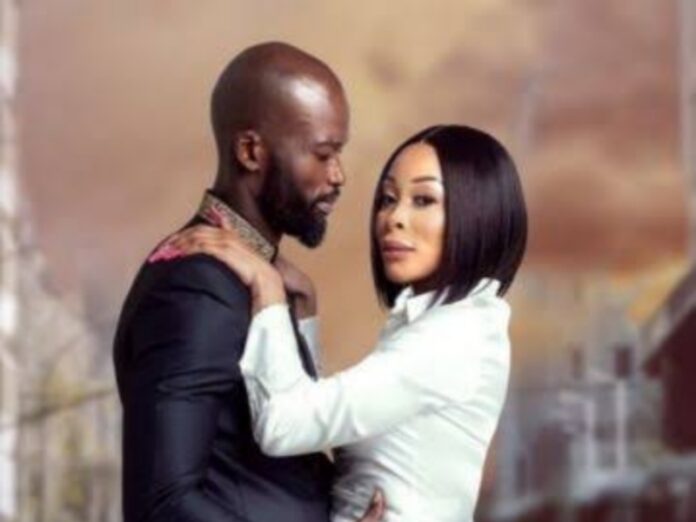 Ever gone to the depths of shock and just as you thought it couldn’t get more shocking, the floor fell in and you sank deeper into shock?

The very explicit scene went on for over two minutes in what people called, “lessons in sex positions” and sparked talk of the scene being “too real”. Fans started speculating whether the two were romantically involved off the screen too.

Khanyi has dismissed the talk saying as hot as the sex scene is, it happens with a full filming crew and is very technical at the instruction of the Director.

A good samaritan came to the actors’ defence sharing that, “…in acting it’s very technical. Just to get the angle where the man had to go suck her nipple, he did it in a certain angle from the director’s order. Remember there’s a whole crew around them. So there’s no feelings here. Everything is extremely technical to get the right shot.”

The show is X rated as it is available on an opt-in paid for TV service which is not owned by the public broadcaster.

Khanyi’s character makes an appearance in season two of the show as the wife of the oldest Zulu brother, a notorious taxi family with dark secrets. She finally comes out of jail to find that a rival family shot and killed her young son during a family wedding.