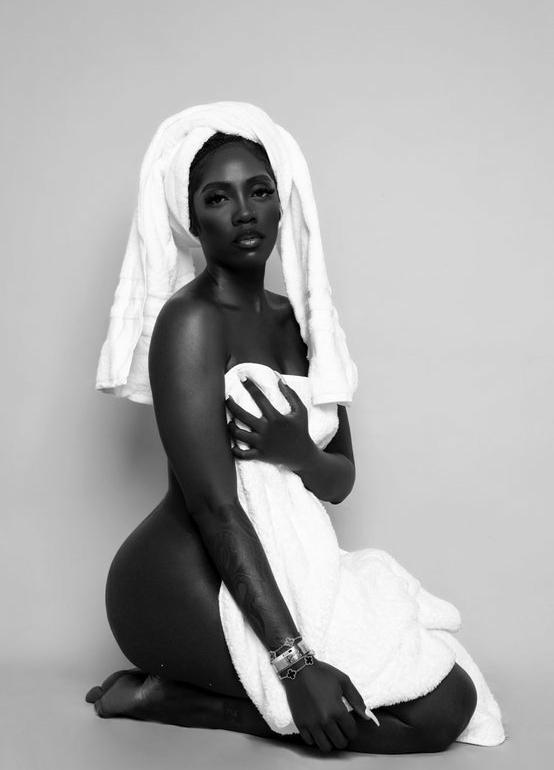 Tiwa Savage has presented her mostly male fans with a very special gift – and they are responding with excited messages of gratitude!

Tiwa, Nigeria’s queen of song, has posted shots of herself in various poses with a white towel and nothing else.

Many of the fans are offering to help to dry her off – and many others have made more explicit offers.

She will be appearing, along with Nicki Minaj, on Davido’s A Better Time album which drops on 13 November.