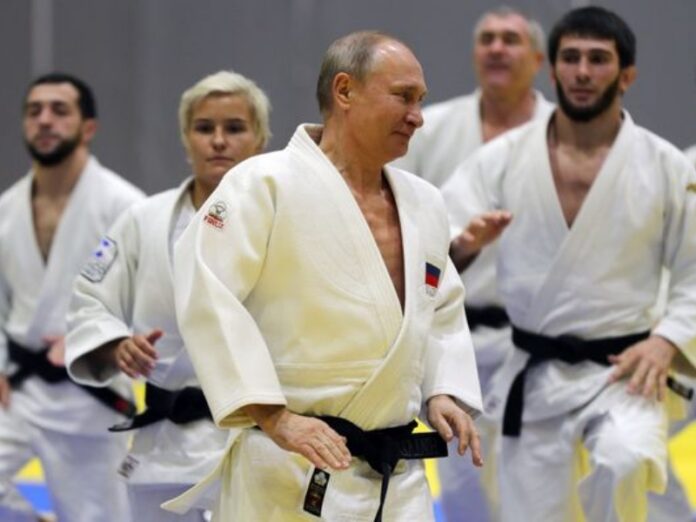 Russian President Vladimir Putin has had his honorary black belt revoked by World Taekwondo following his invasion of Ukraine.

Putin was awarded the black belt and was made a grandmaster of Taekwondo during his visit to South Korea in November 2013.

The governing body aligned themselves with the International Olympic Committee’s (IOC) decision to ban all Russian and Belarusian flags and anthems from its events.

They added that there will be no events in Russia or Belarus.

“World Taekwondo’s thoughts are with the people of Ukraine, and we hope for a peaceful and immediate end to this war,” it said.

Other leaders that have been handed honorary black belts in the past include United States presidents Barack Obama and Donald Trump. Leaders from South Korea, Spain, Croatia, Pakistan, Indonesia and Honduras have also received the award.

Russia is facing a total blackout from world sports as Fifa and Uefa on Monday night suspended all teams from the region from competing in its tournaments.

The IOC has recommended that all athletes from Russia and Belarus be barred from its events as well.

World Rugby has suspended all rugby teams from the two regions as part of a growing decision to exclude Russia from the world of sports.