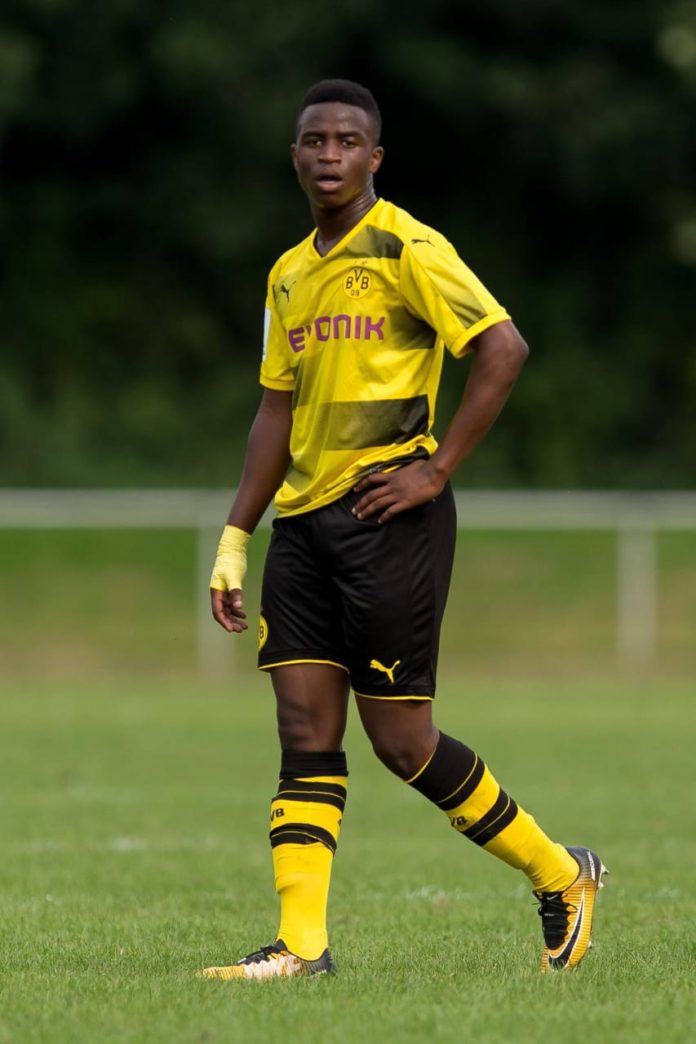 Cameroonian-born wonderkid Youssoufa Moukoko, who plays for the German team Borussia Dortmund, was subject to racial abuse on Sunday by a rival team’s supporters.

Moukoko, aged 15, scored three goals against Schalke in an under- 19 match.

It was his third hat-trick in three appearances this season.

Kicker magazine reported that some Schalke fans directed “nasty insults” at Moukoko after he scored his third goal from a distance in the 63rd minute.

He is regarded as one of the hottest young players in world soccer.

Schalke later apologised for the racist abuse of Moukoko.

“Derby emotions aside, we completely condemn and oppose such insults,” Schalke said on Twitter.

In a Tweet with the hashtag “NoToRacism”, the club said its supporter relations department “will take the necessary measures”.

Moukoko will be eligible for Dortmund’s senior team when he turns 16 next month.