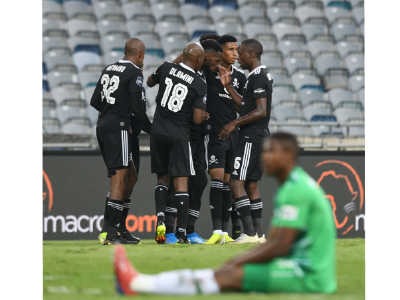 Thabiso Kutumela’s late penalty was enough to ensure maximum points for Maritzburg United as they beat Black Leopards 1-nil at the Harry Gwala stadium on Tuesday evening in the DStv Premiership encounter.

Heading into the clash, it was a game dubbed a relegation dog battle as both teams were on the opposite end of the table, languishing 15th and 16th respectively.

The win ensured Ernst Middendorp’s men leapfrog Lidoda Duvha to occupy the second-from-bottom spot on goal difference with 12 points from 16 games, while Leopards drop to the basement of the log table with 12 points despite playing a game extra.

It was a dull game as both teams cautiously approached the match in an attempt not to concede early but a lapse of concentration for Leopards led to their loss in the latter part of the game.

Siphelele Mthembu scored the solitary goal for Usuthu in the first half.

Meanwhile, Swallows FC tasted their first defeat of the season since their return to the elite league as Mpumalanga-based outfit, TS Galaxy brushed-off the Dube Birds 2-1 in a three-goal thriller at the Mbombela Stadium in Mbombela.

Lindokuhle Mbatha and Bevan Fransman scored three minutes apart to cancel-out Ruzaigh Gamildien’s penalty at the start of the second half.

Fortune Makaringe scored the solitary goal in the second half to ensure the Buccaneers pile up the pressure on log leaders Mamelodi Sundowns who are currently in continental duty.