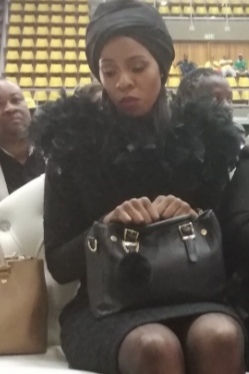 The slaying of ANC activist, Sduduzo Magwaza has opened old wounds for the wife of Sindiso Magaqa who was gunned down four years ago.

Gugu Magaqa lashed out at the KZN ANC after Magwaza was killed on Tuesday outside his house in Cornubia, Durban.

The killing spotlights the bloodiness of ANC politics in KZN – and the failure of the party and the police to stop it.

Gugu accused the ruling party of failing to stop the ongoing killings that are believed to be triggered by internal factions in the ANC especially in KZN.

She said it pained her that no one had been convicted, four years after Magaqa’s death.

“Ordinary people are directly affected by these killings. Many of the people that are killed are breadwinners,” she said.

“The painful part is that the perpetrators of these crimes are not punished. The cases drag on for years without convictions.”

She said the lack of convictions has had a terrible effect on the health of Magaqa’s mother.

“She wants to see her son’s killers being sentenced. She’s not coping at all,” she said.

The former ANC Youth League secretary-general served as a PR councillor in Umzimkhulu at the time of his death.

Like Gugu, his allies believed Magaqa had been killed for his stand against corruption in Umzimkhulu Municipality.

Prominent senior ANC leader Mluleki Ndobe was arrested, but the charges against him were later provisionally withdrawn. He shot himself late last year.

“We want to close this painful chapter but we can’t do that as long as his killers go unsentenced.”

The funeral details of Magwaza, a staunch ally of ex-eThekwini mayor Zandile Gumede, are yet to be announced.

Political analyst Thabani Khumalo said, “The ANC is grappling with internal divisions which trigger these kinds of killings.”

ANC provincial spokesperson Nhlakanipho Ntombela said: “I believe the party is doing a great job in curbing the killings. I’m not saying the killings are politically-motivated but it is painful to us as well to lose our comrades like this.”

Regarding Magaqa, he said: “The law-enforcement authorities did a great job by investigating and subsequently arresting the culprits. That matter is still in court and we hope the suspects will be convicted.”

He offered his condolences to the Magwaza family.