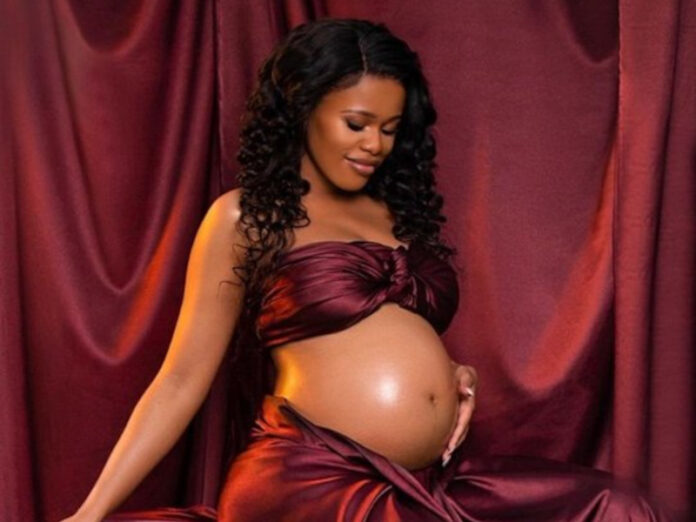 South African Blood & Water actress Natasha Thahane’s pregnancy reveal was met with a cascade of fan speculation over who the father is.

The actress, who is also the late Archbishop Desmond Tutu’s granddaughter, revealed in an Instagram post to her 4.9 million followers that she was expecting a baby along with a photo from her maternity shoot on Tuesday.

The image shows the business woman draped in a maroon/burgundy cloth, showcasing her baby bump.

While fans flocked to congratulate the 26-year-old, their messages of support came with questions, as many speculated that Orlando Pirates winger Thembinkosi Lorch is the father.

The flashy winger and the actress posted similar holiday images taken in Zanzibar last June, fuelling speculation that they might be in a relationship.

The pair continued to tease fans, but have never actually confirmed the relationship. The couple have been quiet on social media, raising concerns that they were no longer together.

As of now, the rumours remain unconfirmed and fans still rushed to the Pirates player’s social media to congratulate him for “scoring a goal” by expecting a child with Thahane.

The actress does not shy away from the spotlight. She recently made headlines when she claimed on MacG’s podcast that her studies in New York were funded by the government.