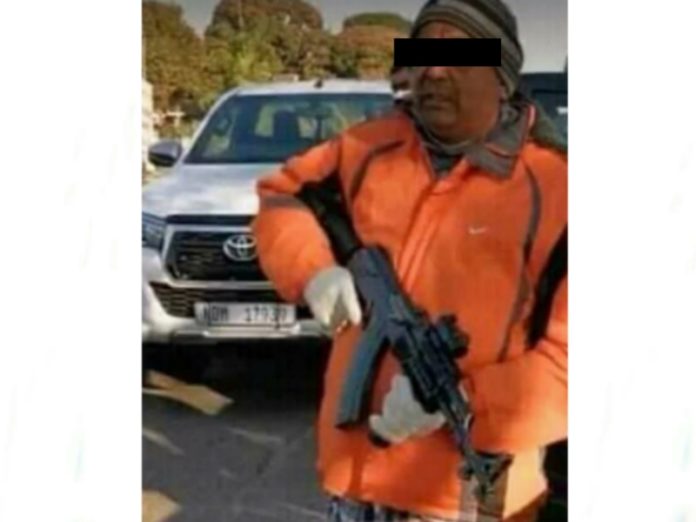 EThekwini Municipality has launched an investigation into a picture of a man standing next to a municipal vehicle carrying an automatic rifle in Phoenix, where racial tensions flared up last week.

The municipal spokesperson, Mandla Nsele, described the picture as a “shocking image”.

“The City is currently investigating these shocking images which we had been made aware of.”

In the picture that went viral on social media, a man can be seen holding a gun, and behind him is a municipal vehicle with registration starting with NDM.

Phoenix had been a war zone between warring factions along racial lines since last week when the looting and vandalising of property started.

Twenty-three people have been confirmed dead.

While the investigation was underway, questions were being asked who had driven the municipal vehicle to Phoenix and under whose mandate.

A municipal employee, who is not allowed to talk to the media, said it would be easy to find out who had taken the car.

“The registration number can be seen, which will make things easier to know who had signed the car out and why they were in Phoenix.”

The alleged ongoing killings prompted Police Minister Bheki Cele to visit Inanda, KwaMashu and Phoenix, all in the north of Durban, in a bid to quell the violence.

EFF MP Sibongile Khawula, also from Inanda, broke down in tears on Tuesday when he recounted the gruesome scenes where people had been killed.

Minister Cele promised more police presence in the area. Many political parties, including the ruling ANC, IFP, DA and EFF, have visited the area to broker peace.