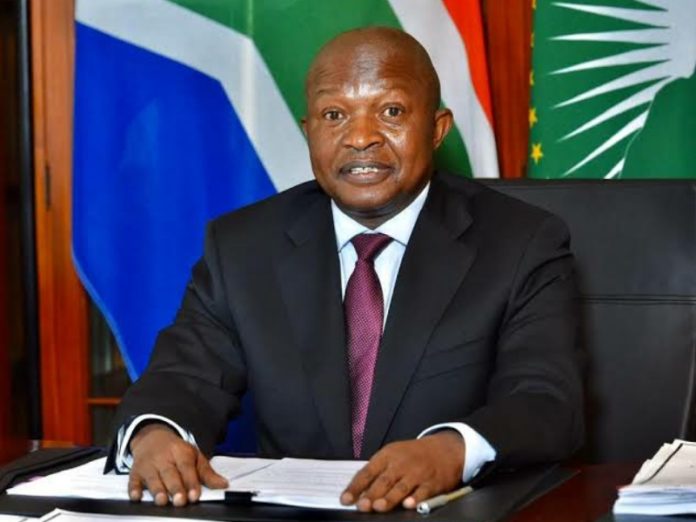 Well, nearly a month later, it is not yet clear when the man, known as Cat by his comrades, will return to action.

Even as the government’s top brass join the South African public to roll up their sleeves and clean up the country after the deadly riots, Mabuza remains missing in action.

Even his own spokesperson, Sam Bopape, appears to be in the dark over when he will return to his duties. Bopape referred Scrolla.Africa to last month’s media statement when asked about Mabuza’s whereabouts. He refused to comment further.

“He does not want to be part of what is going on, especially with the old man Zuma behind bars,” he said.

Mabuza and Zuma were once strong political allies, but their relationship soured when Mabuza introduced what he called a unity vote in the 2017 elective conference, snubbing Zuma’s choice, Dr Nkosazana Dlamini-Zuma.

This angered Zuma and the suspended ANC secretary-general Ace Magashule who, since that dramatic day, wrote down Mabuza’s name in their book of enemies.

ANC spokesperson Pule Mabe directed all questions about Mabuza’s whereabouts to the presidency.

Political analyst Thabani Khumalo believes Mabuza will continue to lurk in the shadows until the Zuma matter blows over.

“Mabuza is the kind of a politician who knows when to run and when to stay. He is thinking about his political future. That is why he ran to Russia in the days before Zuma’s arrest,” Khumalo said.