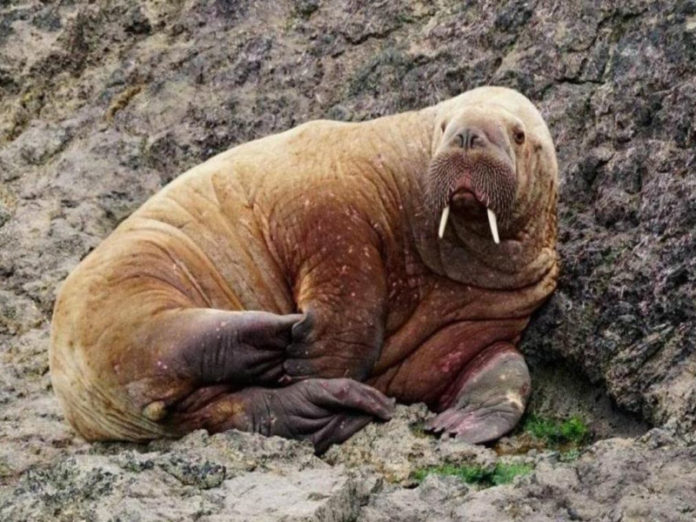 It appears that Wally, the world’s most famous walrus, is almost back home after spending the summer holidays touring Western Europe.

Wally was spotted alive and well on the coast of Iceland, three weeks after he was last seen.

The sighting has put many of Wally’s spotters’ minds at ease, after they had begun to fear that the worst had happened.

Seal Rescue Ireland tweeted on Sunday: “UPDATE: After 22 days with no confirmed sightings, we were starting to lose hope of ever seeing the young, wandering walrus again.

“However, we just received notice that a similar-looking walrus was sighted yesterday in Iceland over 900 km away from Wally’s last known location in West Cork.”

For the next few tantalising minutes, the charity kept Wally’s fans on tenterhooks before finally posting the words everyone was desperate to hear: “After conferring and comparing photos with our friends at British Divers Marine Life it has been confirmed that this is Wally!”

He was identified from the unmistakable scars on both his front flippers.

The four-year-old Walrus began his travels in March. He arrived on the coast of Wales in the UK in May, before swimming south to the French coast.

The 800 kg male then spent some time on the north coast of Spain in June before swimming over to the Scilly Isles off of Ireland.

While there, he became a popular figure amongst the locals, causing trouble by jumping onto sailors’ boats for a well-earned rest, often capsizing them.

The last leg of Wally’s 4,000 kilometre trip was to Iceland, after which he is likely to continue north up to his home in Svalbard in the North Pole.

While Wally has become a popular figure on his travels, walruses are social creatures, who enjoy the company of their own kind.

Seal Rescue Ireland later tweeted: “’Thanks to his ability to feed and rest, he has successfully made the long stretch and will hopefully reunite with his own kind again soon.”