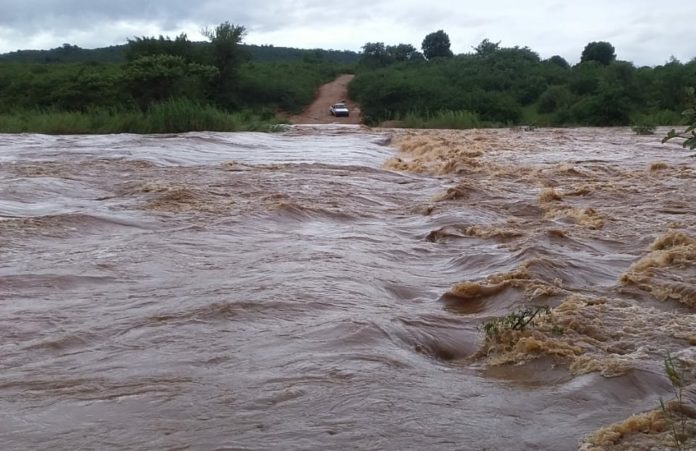 A low-lying bridge in Limpopo, that was built in the 1940s, was no match for the floods from Cyclone Eloise.

The Luvuvhu Bridge – which has not been upgraded since it was built – is supposed to connect the villages of Mashawana, Dzwerani and Hasani Dakari, outside Thohoyandou, Limpopo.

Now residents are fuming as they say they are often cut off after storms – like now.

The weekend floods caused by Cyclone Eloise have left the village at Hasani helpless – an island on its own.

Residents say the bridge is underwater and they can’t access the town of Thohoyandou, through Mashawana village, to buy basic food.

When there are emergencies, community members have to use the far away Vuwani or Malamulele road to get the nearby Tshilidzini Hospital. When the bridge was working, it was just is a stone throw from the villages.

Community leader Edward Chauke has called on authorities to intervene, saying the area needs a new bridge to protect the local economy.

“The biggest mistake our democratically-elected government has made is ignoring and forgetting the lot of us rural communities.”

This bridge should have been improved to a fully-fledged bridge a long time ago but it is still the same since it was built, he thinks.

“We have to spend a lot on transport to Thohoyandou via Vuwani or Malamulele for a distance that could only take 15 minutes if the bridge is fully operational,” he said.

There have been rumours that the local municipality was going to do an upgrade, “but it seems as this was aborted and the reason is still unknown to us,” he added.

Vhembe District municipality spokesperson Matodzi Ralushai said the issue of bridges in villages is no longer their job, and that local municipalities were responsible.

Thulamela municipality spokesperson Ndwamato Tshiila passed the buck back to the district municipality saying they are the ones responsible for the road.