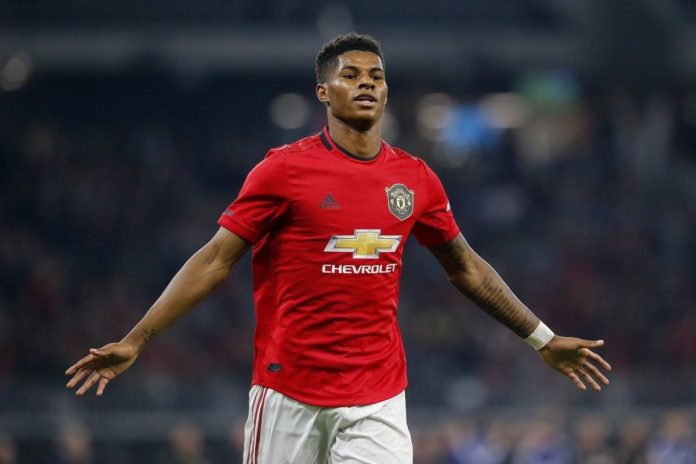 Manchester United could find themselves going into Wednesday’s match sitting in second place. Their top place could be occupied by Manchester City if City win on Tuesday.

The two Manchester teams are separated by two points but the Citizens, with a game in hand, are currently second. On Wednesday the Red Devils host Sheffield United at Old Trafford at 10.15pm.

United are almost certain to win at home against bottom-of-the-log Sheffield. But their lead is still under threat from City. If the Citizens win their game they will go on top and will lead by a single point.

Coach Ole Gunnar Solskjaer has provided an update on star attacker Marcus Rashford who hurt his knee during Sunday’s win against Liverpool in the Emirates FA Cup 4th round.

The forward hit a double in United’s 3-2 win in the corresponding fixture at Bramall Lane before Christmas.

Solskjaer said on the club’s website Rashford should be available. “He trained this morning. I think he tweaked his knee a little bit but should be fine. We are looking strong.”

Sheffield coach Chris Wilder has also provided an update ahead of the visit to Old Trafford. John Egan’s suspension means he has a problem with defence.

“Fingers crossed. There might be one or two of those boys back for the weekend at Manchester City,” said Wilder.

Other EPL fixtures on Wednesday