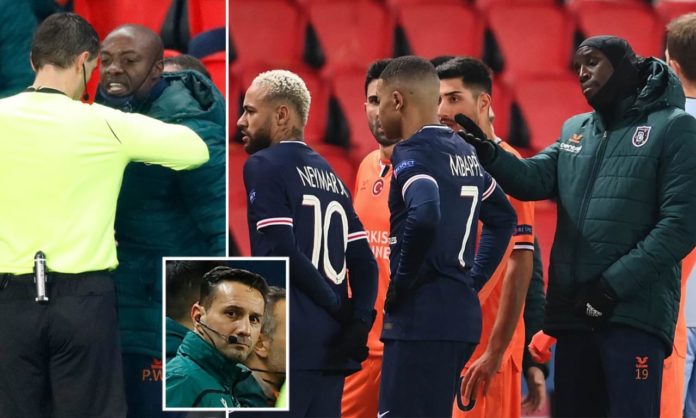 The fourth official accused of racism in Tuesday’s UEFA Champions League match could find himself in more hot water.

European Football Governing Body UEFA has confirmed that they have opened a disciplinary proceeding into the match between Paris Saint-Germain and Istanbul Basaksehir when players walked off in protest after the Turkish club accused a match official of racism.

UEFA has appointed an Ethics and Disciplinary inspector to investigate the incident. Such a disciplinary investigation can result in sanctions. Match officials are covered by UEFA’s regulations which are regularly used to punish clubs and players.

The incident blew up 13 minutes after kickoff when Basaksehir’s assistant coach Pierre Webo was shown a red card for protesting against a refereeing decision. The Turkish side then alleged that the Romanian fourth official Sebastian Coltescu used a racist term towards the Cameroonian.

The players from both teams left the field after about 10 minutes of discussions with Romanian referee Ovidiu Hategan.

The Romanian word for black is “negru”.

The match eventually took place last night. PSG won 5-1 they are now amongst the teams that will progress to the last 16 of the competition. The draw for the last 16 is set for Monday in Nyon, Switzerland.

The teams that qualified for the Champions League, last 16, are: