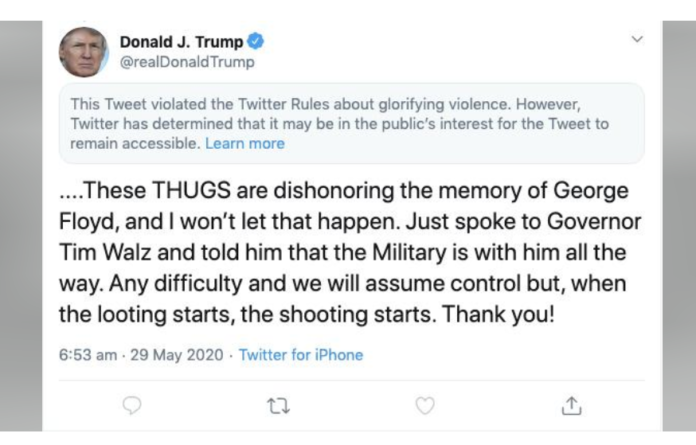 Trump tweeted about riots in the city of Minneapolis following the death of George Floyd, killed by police there.

Trump threatened to send in the military to restore order. “When the looting starts, the shooting starts,” he tweeted.

After Twitter tagged an earlier Trump tweet this week for containing “misleading information,” he threatened to shut it down.