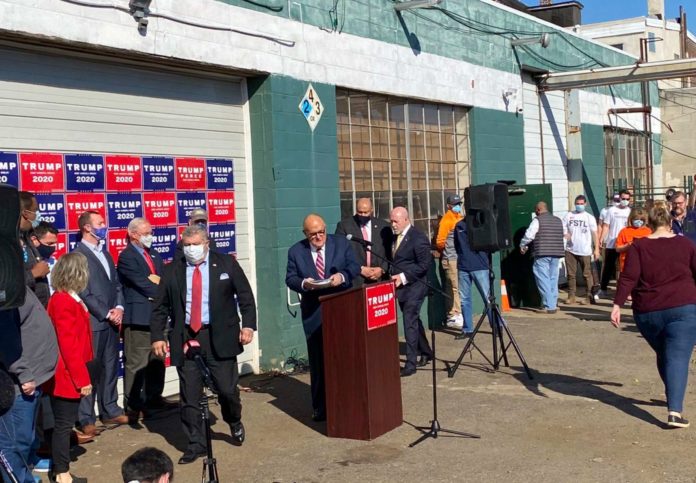 Not long ago there was speculation that Donald Trump could start a war if he lost the November election.

Basically do anything to stay in power.

So far this hasn’t happened.

Instead, just as Joe Biden was being confirmed the winner, Trump’s legal team held a press conference about their fightback strategy in the courts. With more false and unsubstantiated claims of vote fraud.

The event took place in the car park of a gardening shop in a suburb of Philadelphia. The gardening centre, Four Seasons Total Landscaping, was between…

The speculation is that Trump’s team got confused with the nearby smart Four Seasons hotel, but then couldn’t change plans when it was too late.