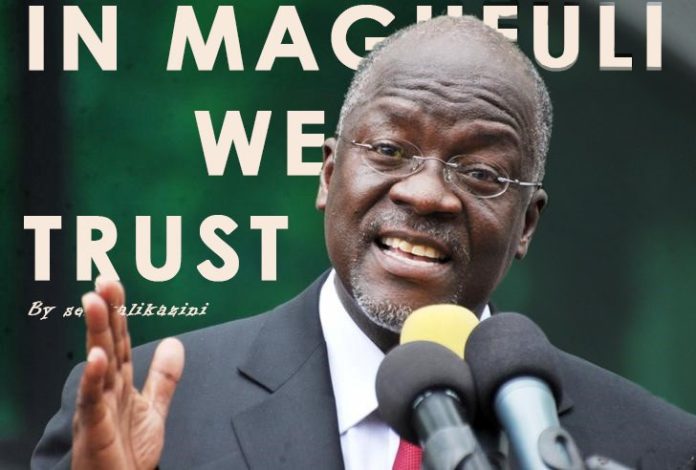 Opposition leaders in Tanzania have called on their supporters to go to the streets on Monday to protest against what they call a fraudulent election.

Tanzania’s National Electoral Commission declared President John Magufuli the winner with 86% of the vote. The opposition parties lost virtually all their seats.

Many observers pointed out it was not an election but an exercise in doing away with opposition.

Using the election as cover.

When people protested, as in Zanzibar, they were arrested, beaten and shot.

More than 20 people have so far been killed.

One prominent human rights observer said: “Tanzania’s election is the most brazenly rigged I’ve ever seen.

“The regime isn’t even trying to make it look credible. Any facade of democracy is gone. This is a full-scale dictatorship.”

A group of regional experts called Tanzania Elections Watch said the heavy deployment of military and police created a “climate of fear”.

They said the election was not free or fair.

The opposition has called for fresh elections and for their supporters to peacefully “go to the streets” on Monday.

Zitto Kabwe, leader of the ACT Wazalendo party, said what happened was “not an election in the proper definition of the term”.

He said they were doing it even though “we know Magufuli will attempt to kill, injure, abduct or detain us and other peaceful demonstrators”.

The election must have been viewed with envy by US President Donald Trump whose Republican Party is trying hard to prevent Americans from voting.