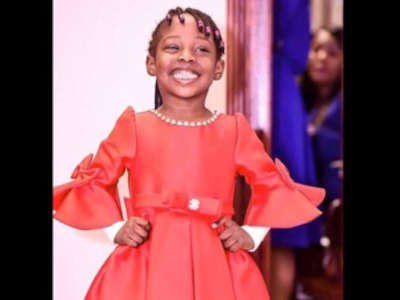 Israella Bushiri, the eight-year-old daughter of Prophet Shepherd Bushiri, has passed away.

The self-proclaimed prophet announced on his Facebook page that Israella, who has been in Kenya receiving medical attention and has been in ICU for weeks, has died.

“It is with deep sadness that I announce the passing of my daughter, Israella Bushiri,” he said.

“As a father it was my desire to see her grow and serve the Lord, however, the will of God was for her to return to Him,” read the statement.

Bushiri said that Israella was born when he and his wife were going through great persecution and she has lived her life witnessing what it means to labour for the Lord, despite trials and battles.

“Through it all, she offered my wife and I, including the entire church great comfort and enlightenment,” he said.

He said when he spoke to the doctor he indicated that had she not been blocked at the airport the first time she needed to travel to Kenya she wouldn’t have passed on.

“It is very disheartening that my daughter has become a victim of the persecutions that we are facing in South Africa.”

Last month, the Malawi government prevented Bushiri’s daughter, who was travelling with relatives, from departing for Kenya from the Kamuzu International Airport in Lilongwe.

Later, she was granted permission to travel and she has been in Kenya since then.

“We prayed and we fasted and the Lord told me it will be a week of His will. His will has taken place,” Bushiri said.