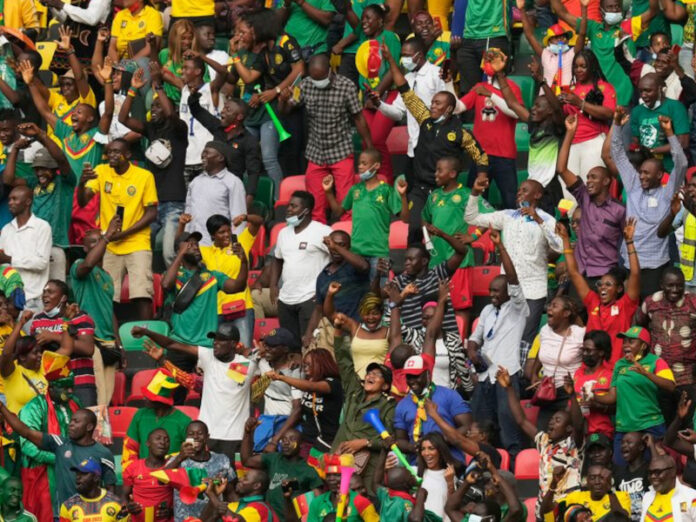 At least eight football fans including a child died on Monday night after Cameroon’s 2-1 victory at the Paul Biya stadium in Cameroon.

Many other fans were injured as videos emerged of spectators struggling to get access to the stadium.

Capacity at all Africa Cup of Nations (Afcon) fixtures is limited to 80% due to Covid-19 restrictions but match officials stated that around 50,000 fans attempted to enter the stadium which has a capacity of 60,000.

The Confederation of African Football (CAF) released a statement that said they are currently investigating the situation and trying to get more details on what happened.

The stampede happened before kickoff, but news did not reach the stadium until reports were released on social media. The round of 16 fixture went ahead despite the situation outside the stadium.

The stadium, which hosted the opening ceremony, was built for this year’s edition of Afcon.

A local hospital confirmed that they received 40 patients as a result of the stampede.

“Some of the injured are in a desperate condition. We will have to evacuate them to a specialised hospital,” said Olinga Prudence, a nurse at the hospital.

The host nation emerged victorious by a small margin given that Comoros was playing in their debut Afcon and only had 11 players available for the fixture.

To rub salt into the wounds, the island nation had to play with a defender in goal and still managed to keep the game competitive. They even had Cameroon worried when they scored one of the goals of the tournament through a free kick from range.

Cameroon will now play Gambia in the tournament’s quarter-final on Saturday at 6pm.

The Paul Biya stadium is set to host the winner of Ivory Coast’s fixture against Egypt and the winner of Morocco’s game against Malawi. An increased presence of security is expected at the stadium.