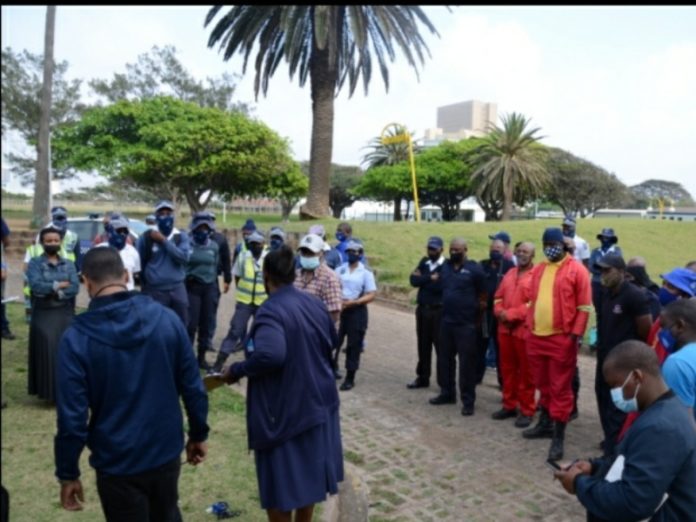 EThekwini authorities are gunning for brothels and drug lords who have hijacked the city buildings and turned them into dens of illegal activity.

On Tuesday Metro police and SAPS units closed down about 31 businesses that were operating illegally.

Among them were spaza shops and boutiques that were operating in the Point building where most drug operations were allegedly taking place.

Operation Good Hope is being used by authorities to clean-up criminal hotspots in the city Centre, including parks that have been hijacked by nyaope addicts.

Msawakhe Mayisela, who is the head of Communication in eThekwini, told Scrolla.Africa that the city has been getting complaints from residents who were angry about criminal activities that are taking place in many parts of the city, especially at Point.

“The aim is to claim back the city. That is why we are targeting all the illegal operations including brothels, drug dealers and other crimes in order to make sure that our city is safe for its citizens and tourists,” said Mayisela.

In 2016, hostel dwellers took the law into their own hands by waging a war against nyaope addicts who were allegedly harassing them at night on their way from work.

Places like King Dinuzulu park were cleaned up by the hostel dwellers who made it clear that they were tired of crime and being killed by vagrants.

Those locations have been taken over by Shembe church to conduct their services on Saturday, which has seen a great decrease in reports of crime in the eThekwini areas.

“Here we are fighting criminal activities that are problematic to our city. We are also planning to bring other departments including SAPS, Department of Labour, Department of Home Affairs to make sure that we are winning the fight against crime,” said Mayisela.