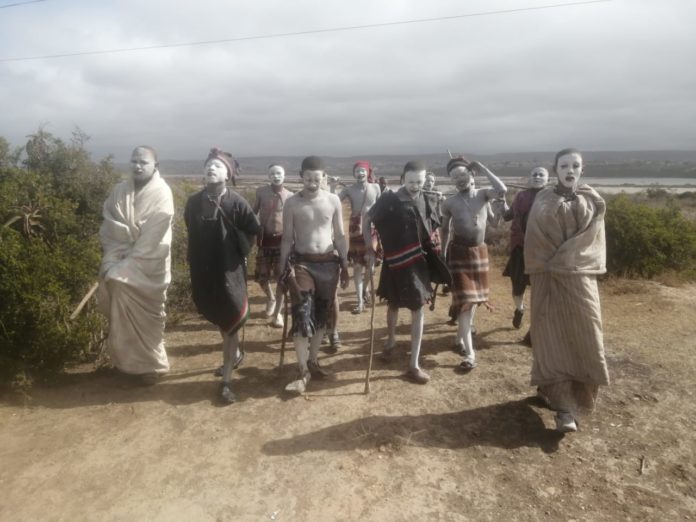 The cycle is never ending. Every year boys go to the mountain to become men.

Most of them come back with a lifetime worth of memories of a tough but glorious rite of passage.

Some come back scarred for life with mutilated penises and unable to perform as men for the rest of their lives. In winter many die of exposure, in summer many from dehydration.

The law has always threatened to severely punish the illegal ingcibi (traditional surgeons). The legal initiation schools have always blamed the illegal schools for the tragedies. And hardly anybody ever gets prosecuted.

But this year, Covid-19 has upped the stakes.

The Congress of Traditional Leaders of South Africa (Contralesa) in the Eastern Cape is calling for Minister of Cooperative Governance and Traditional Affairs Minister Nkosazana Dlamini-Zuma and her deputy Obed Bapela to allow summer circumcision season to go ahead in order to prevent illegal circumcision schools.

But the government insists that due to the pandemic, the schools will not be allowed to open.

Chief Mwelo Nonkonyana provincial chairman of Contralesa is furious with the decision. “Minister Dlamini-Zuma and her deputy Obed Bapela must stop playing mind games with us,” he said.

“We made a promise to the parents and their sons that after consultations with government circumcisions will go ahead.”

He said they don’t understand how government can allow shebeens and schools to open but refuse to open traditional schools.

Both the Nelson Mandela Bay and Sarah Baartman District are Covid-19 hotspots and areas where circumcision is practiced.

“Special attention should be given to the hotspots and allow other districts to go ahead,” said Nonkonyana.

“We have a backlog and we will fight until the government allows summer circumcision.”

The office of Deputy Minister Bapela released a media statement on 22 November confirming the continued suspension of circumcision in the country until further notice and warned that those who disobey the law would be charged for contravening the Disaster Management Act.

Mvusiwekhaya Sicwetsha spokesperson of Premier Oscar Mabuyane said they noted the announcement by traditional leaders who said they will proceed with ulwaluko.

“We remind the people of our province that ulwaluko remains suspended until further notice,” said Sicwetsha.

“Those people who break the law will be prosecuted.”