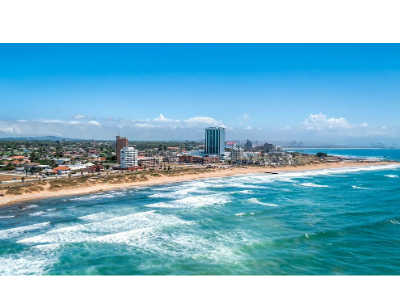 Some residents of what used to be Port Elizabeth have objected to finding out that they are now living in Gqeberha – and  mayor Nqaba Bhanga is taking up their cause and calling for the change to be reversed.

Arts and Culture Minister Nathi Mthethwa officially gave the city its new name last week. Gqeberha is the isiXhosa name for Walmer Township, which is one of the oldest townships of former Port Elizabeth.

Port Elizabeth got its name in 1820 from the wife of the then Governor of the Cape Sir Rufane Donkin – and not all white residents of the city agree about the need to get rid of the old colonial legacy.

But they are finding common cause among many of the majority isiXhosa speaking residents of the city who have always known PE as Ibhayi. Afrikaans speakers have long called it Die Baai.

The city along with Uitenhage (now Kariega) forms the municipality of Nelson Mandela Bay, which might also have been an option for consideration.

Bhanga said on Thursday that he believed the processes followed by Mthethwa and the ANC government to arrive at the names Gqeberha and Kariega were not inclusive. He said he was not opposed to name changes.

“But for a name change to make sense, it must unify the people. It should be a name that is easily remembered and recognisable.There should be a significant historical link with the city or town affected,” he said.

Bhanga said he was establishing a multi-sectoral committee to support the objection process.

One section of the community that remains supportive of the change is the Khoisan community which accuses Bhanga of being anti-transformation.

While Bhanga is unlikely to get the name change reversed, it may be smart politics to rally against an unpopular name foisted on a city by a party that is already facing charges of corruption and mismanagement during its tenure at the head of local government.