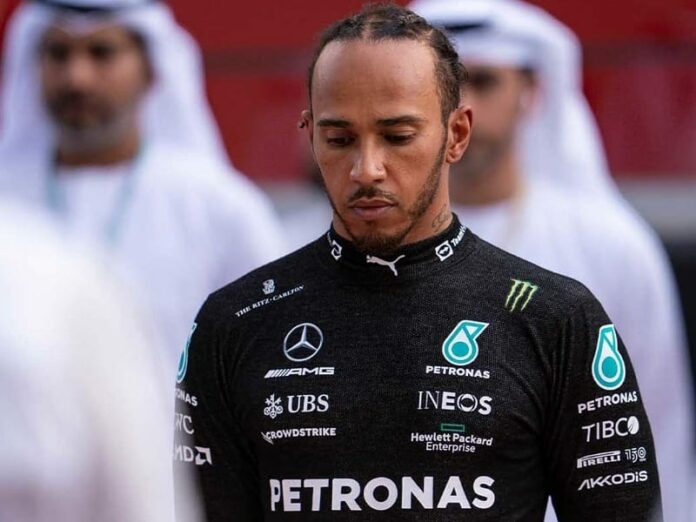 Lewis Hamilton has opened up about the brutal racism he was subjected to during his school days.

The Formula 1 driver has often shared the racism he has faced but has never described exactly what he was forced to endure because of the colour of his skin, until now.

Speaking on the On Purpose podcast, Hamilton said going to school was the most traumatising period of his life.

“It was the most difficult part of my life,” said Hamilton.

“I was already being bullied at the age of six. I was one of three kids of colour and bigger, stronger, bullying kids were throwing me around a lot of the time,” the 38-year-old said.

Hamilton also revealed that there were only around six or seven black children in a school with 1,200 pupils.

On what was the most difficult, he said: “The constant jabs, the things that are either thrown at you, like bananas, or people that would use the N-word just so easily.”

Hamilton remains the only black driver to race in Formula 1 and has often faced abuse for attempting to speak out on injustices inside and outside of the sport.

Throughout his career, Hamilton has been a vocal spokesperson in the fight against racism. He has mentioned that it is his duty to use his platform to fight the cause, as there are so many victims of racism who don’t.

While many question his intentions as merely seeking sympathy, it offers relatability and an attempt to rectify the matter.

The seven-time world champion did not score a single win in the 2022 Formula 1 season.

This has never happened before and he will now look ahead to 2023 to rectify that.

The new Mercedes car will be unveiled on 15 February and the Formula 1 season will kick off on 5 March with the Bahrain Grand Prix.