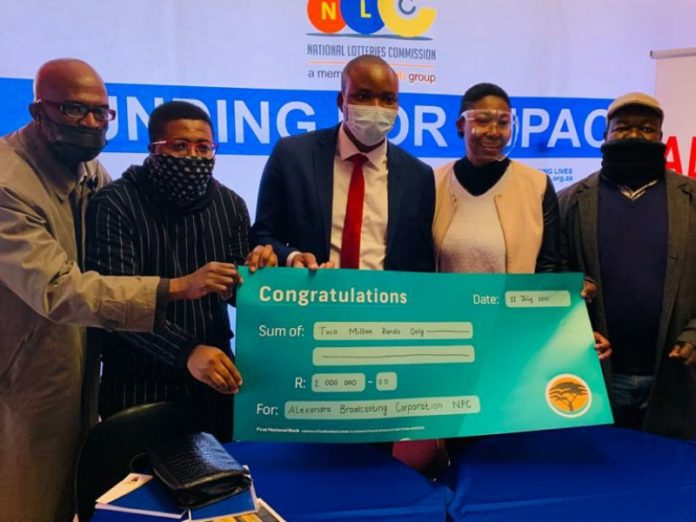 There is more than a glimmer of hope that Alexandra’s one and only radio station will soon be broadcasting from the kasi again.

A R2 million cheque was handed over to the Alex FM board members by the National Lotteries Commission in an empty and looted studio on Thursday.

Alex FM lost assets worth over R5 million and has been forced to broadcast from Sandton during the past week.

Station manager Takalane Nemangowe thanked the commission for the donation to rebuild the station, which is the voice of the people of Alex.

He stressed the importance of having the station in the township and not in Sandton, where they have been forced to broadcast since the looting.

“Sometimes people bring in missing children. Some residents walk to our studios to speak to our journalists about their stories and issues. It is only reasonable to have the station in the township where it is easily accessible to our people,” he said.

Board chairperson, Isaac Mangena said the station has produced great radio personalities who now work in big media houses across the country.

“This donation will have a huge impact on skills development for young people aspiring to be in media,” he said.

Phillemon Letwaba, chief operating officer of the National Lotteries Commission, said they were moved and upset by the vandalism inflicted upon the station.

“The national lottery, with consultation with the board, identified the station as a beneficiary,” he said.

“We previously helped families from Alex who were affected when many shacks were burned down.”

Mangena said it will take about three months to have the station fully operational.