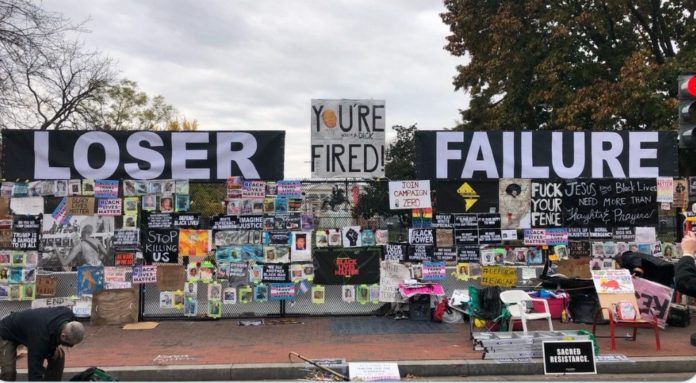 He has raised millions of dollars from his supporters to help fight the election results in several states. None of his lawsuits have gone anywhere.

This week Trump has fired several senior people in government, replacing them – and military leadership – with people he regards as loyal.

Protestors outside the White House, pictured above, reflect the global view that it is time for him to pack his bags.