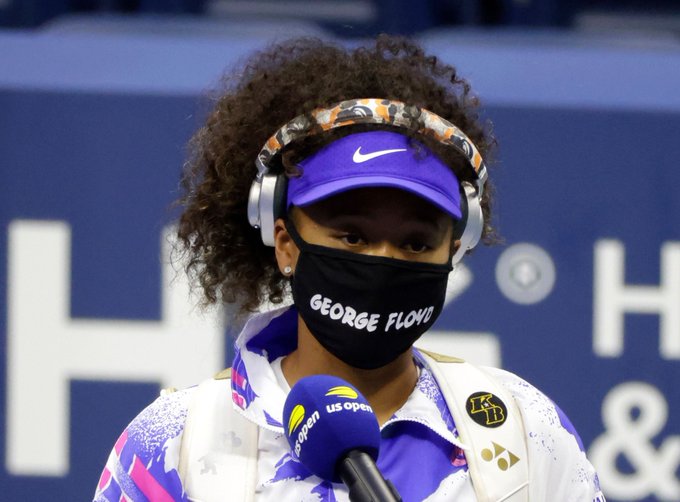 Naomi Osaka – who won the US Open tennis championship at the weekend – wore seven different masks to honour victims of American police brutality.

Watching her triumph from the socially distanced stands was her (almost) equally famous boyfriend Rapper Cordae.

Osaka represents Japan but her father was a Black man from Haiti and she has lived in the United States since she was three.

Women’s tennis has been dominated for almost two decades by Serena Williams and her sister Venus.

The power and strength of the Williams sisters revolutionised women’s tennis.

Osaka, who is 22, is now ranked number three in the world and is now regarded as the successor to Venus, who is nearing the end of her career.

Osaka says her activism was inspired by the death of her friend the basketball legend Kobe Bryant in a helicopter crash in January.

Some commentators criticised her for bringing politics into sport, but she tweeted back:

“All the people that were telling me to “keep politics out of sports”, (which it wasn’t political at all), really inspired me to win. You better believe I’m gonna try to be on your TV for as long as possible.”

The mask that she wore for the final match bore the name Tamir Rice, a 12-year-old boy killed by a policeman while playing with a toy gun.

Cordae, who is 23, is a member of the XXL Freshman Class of emerging rappers alongside DaBaby, Roddy Ricch and Megan Thee Stallion.