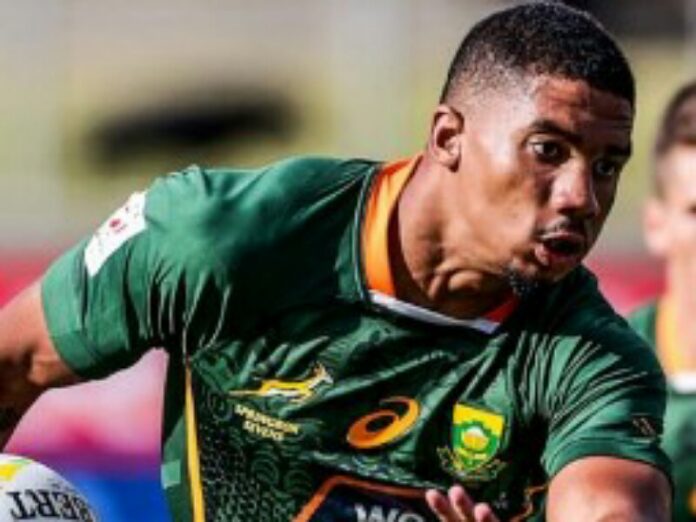 With the Blitzboks coming through without a single loss in the pool matches in Hamilton, New Zealand, lovers of the team would have been eagerly licking their lips ahead of the upcoming finals matches, and why not?

Under coach Sandile Ngcobo, they have shown a pleasing renewed urgency.

Former sevens coach Neil Powell’s achievements with the Blitzboks will never be forgotten. He will be remembered, and not only in South Africa, as one of the great sevens coaches in the history of the game.

But towards the end of his gig with the Blitzboks, the side was lacking that certain punch, which Ngcobo seems to have brought back.

Every tournament seems to be another test for the Blitzboks. They have a number of unpleasant ghosts of previous failures keeping them and their fans awake at night, don’t they?

From the first minute (literally) South Africa is on the back foot as the French take the fight to the Blitzboks, scoring from the kick-off. The men in blue score a second time a minute later leaving South Africa trailing by 12 points but the Blitzboks respond. They score twice to level the scores.

The French are known to crumble when it matters, but then, so is South Africa. Who will have the biggest, eh, you know, those steel things that rugby players are supposed to have? The French score twice, South Africa gets a consolation try when it no longer matters. France goes into the quarter-finals and South Africa is left to contest the fifth-place playoff against Ireland.

South Africa starts well in the tight match against Ireland and takes the lead in the third minute. But Ireland equalises and then takes the lead with two quick tries. South Africa evens the scores again but Jordan Conroy, a man for the big moment, gets the winning try.

Yes, the match could have gone either way, but no, it didn’t go South Africa’s way. Winning, as they say in ra-ra-ra locker-room talk, is a habit. But then, so is losing.

South Africa’s ghosts are alive and well and haunting the Blitzboks as the sevens tour moves up the road to Sydney for next week’s tournament. Go, Blitzboks!