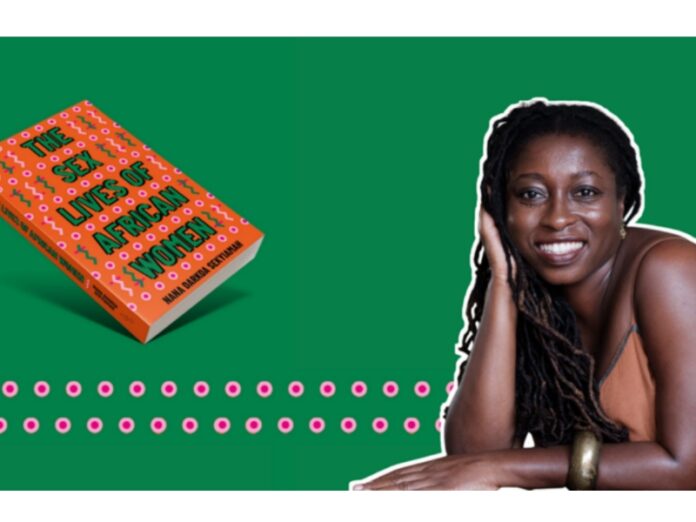 The Sex Lives of African Women is not your ordinary book where women talk about the pleasures of their sexual encounters.

The book tells stories of African women’s uniquely individual sex stories, from sexual abuse, to having sexual relationships when disabled, to those who try to enjoy sex after experiencing female genital mutilation.

The idea of the book came during a beach trip in Ghana when feminist author and blogger Nana Darkoa Sekyiamah noticed that the conversations among her friends were mostly about sex.

For the first time in her life, Sekyiamah said, she felt she was hearing African women talk openly and honestly about their sexual experiences, desires and fantasies.

She later co-founded a blog where women could share their bedroom accounts and the stories kept coming.

From Egypt, Senegal and Cameroon to Zimbabwe, the book is made up of personal stories of 32 women telling stories about sexual abuse, being part of queer communities, some preferring a polyamorous life while other chose to leave relationships that no longer served them.

Sekyiamah, whose story also features in the book, said the stories made her understand the intersectionality of religion and pleasure in different parts of the continent.

One of the ladies who told her story is a 32-year-old Zimbabwean named Tafadzwa who speaks about experiencing sexual abuse, and the ways in which she has asserted her sexuality through polyamory, the practice of being involved in multiple sexual relationships.

As a little girl all her mother told her was not to play with boys or she would get pregnant.

“I didn’t really know or understand why I shouldn’t play with boys but we played mother and father with boys.”

By the time Tafadzwa was 13 she was having sex with boys a few years older than she was.

“At 15 I was having sex with men who were 10 years older than I was. Married men, men who were bosses, ministers, heads of military units. I realised that when they came they were reduced to nothing.

The book has been distributed in 100 countries since it was first published in Britain in 2021 and the United States in March this year.

In an interview Sekyiamah said African women are often seen as people who are “passive, miserable, constantly pregnant, suffering from HIV and AIDS, and who have been mutilated.

“We are always being portrayed in extremely limited ways,” she said.

She told the New York Times she hoped the book would help women find a community that would support them, understand their needs and help them navigate difficult circumstances.

“For me, community is always the solution,” said Sekyiamah, who said her work is inspired by other Pan-African activists and feminists including Sylvia Tamale, Hakima Abbas, Sokari Ekine and Tiffany Kagure Mugo.

Readers said the book has helped women find supportive communities, confront myths and it has even changed their lives.