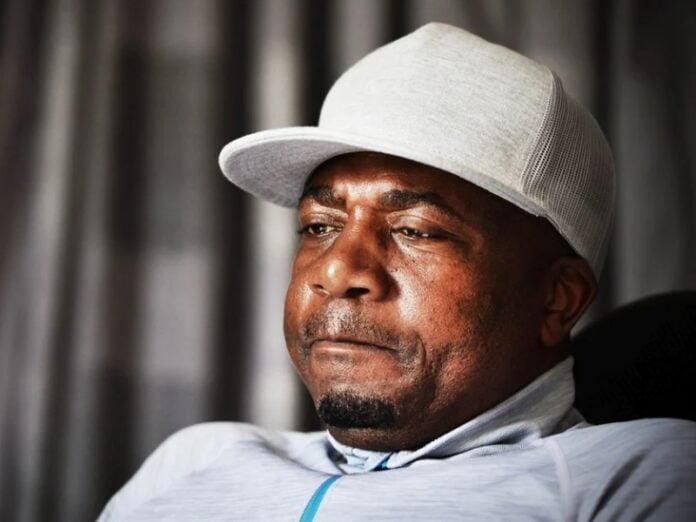 Veteran musician and producer Chicco Twala has been arrested for pointing a gun at a City Power technician on Sunday evening.

Twala was outside his Bloubosrand home studios in the north of Johannesburg when technicians arrived to deal with a power outage complaint.

The musician pointed his gun at the technicians before assaulting them, according to City Power spokesperson Isaac Mangena.

“I can confirm that he pointed a gun at City Power technicians, choked and slapped them, pinned them to the ground,” Mangena said.

Following his arrest Twala released a bizarre letter from jail saying he believes the arrest is a blessing in disguise as it disproves supposed accusations that he was involved in Senzo Meyiwa’s murder in 2014.

“Finally I got arrested for pointing a toy gun to two men whom I thought were cable thieves who caused a blackout to six houses at my recording studios,” he wrote via SMS on Monday.

“For me, my arrest is victory to me and defeat to all the evil people who portray me as a Mafia who is behind Senzo Meyiwa’s killing,” he continued.

Twala has previously been accused of protecting his son Longwe Twala who has faced accusations of pulling the trigger at Kelly Khumalo’s Volsoorus home the night Meyiwa was murdered.

The allegations were raised by the first police officers who were working on the case. Both officers were later removed from the case, with one of them resigning from SAPS.

“My arrest is proof that I am not above the law and I can be arrested if any person lays criminal charges against me,” Twala wrote in his lengthy letter.

“Haters on social media claim that I bribed judges, police including [Police Minister Bheki] Cele whom I don’t even know, to protect my son who is accused by haters of killing Senzo Meyiwa.

“I am texting from my cell as we speak waiting for my lawyers to bail me out but overall I am happy that it happened. To my haters, have fun and celebrate my arrest.”